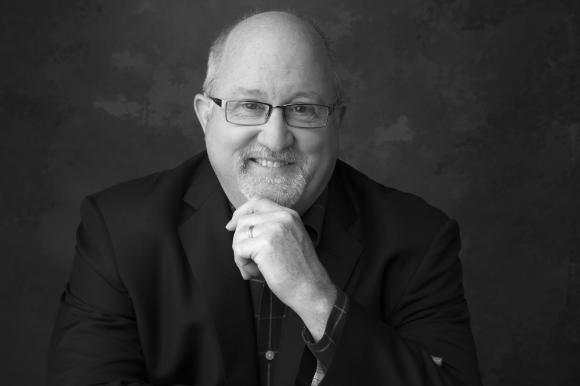 Donald C. Clark Jr. has worn a lot of hats.

He worked as a trial attorney in Chicago, became the General Counsel for the United Church of Christ, is a producer of plays and a film, and currently co-owns the Chicago Magic Lounge. At Rutgers, he served on the Chancellor's Leadership Council and the Co-Dean Search Committee for Rutgers Law School and in 2014, the law school honored  him with the  Arthur E. Armitage Sr. Distinguished Alumni Award.

Clark has recently  added author to his list of accomplishments. His book, Summary Judgment, is a true story about a death penalty case, and the attorneys who volunteered to represent a death row inmate and their quest to prove he isn't guilty.

Clark shared more about his book:

What case is the book based on?

On July 11, 1984, 20-year-old Tommy Hamilton shot and killed 59-year-old County Official Lehman Wood in the Bankhead National Forest in Lawrence County, Alabama. A jury unanimously found Tommy guilty of murder during a robbery and by a vote of 10-2 recommended that the judge sentence him to death. Judge Billy C. Burney sentenced Tommy Hamilton to death by electrocution. Under Alabama law, all death sentences must be reviewed by higher courts. Both the Alabama Court of Criminal Appeals and Alabama Supreme Court unanimously affirmed Tommy’s capital conviction and sentence of death, and the United States Supreme Court declined Tommy’s petition asking it to review his case. Shortly after the United States Supreme Court declined to review Tommy’s case, I volunteered to be his attorney.

What is the book about?

Summary Judgment is the true story of two Chicago attorneys and an Alabama nun who volunteered to represent a death row inmate and struggle to prove he was not guilty even though he is not innocent. Despite a material witness allegedly committing suicide, our client escaping from jail during the court proceedings, and a judge determined to see that Tommy Hamilton would never be free, we presented evidence that perjury tainted both Tommy’s conviction and death sentence.

Why did you offer to represent a man who had already been tried and convicted and who had lost all his appeals?

We must be equally committed to doing justice retrospectively as we are to doing it prospectively. The criminal justice system establishes considerable barriers to finding someone guilty in the first place, but after a conviction it places significant impediments to free that person even when new information comes to light. Because death is different not just in degree but in kind from all other forms of punishment, post-conviction attorneys are necessary to ensure that the conviction and resulting death sentence were properly imposed.

What new information did you find out?

Sister Lynn McKenzie is a Benedictine nun living at the Sacred Heart Monastery in Cullman, Alabama, who also is a practicing lawyer. Sister Lynn volunteered to help. We discovered that law enforcement presented perjured testimony from an inmate it secretly agreed to release from jail if he testified against Tommy. We also discovered that the prosecution made arguments to the jury that were unsupported by facts and that Tommy’s court appointed defense attorney was a suffering alcoholic who failed to adequately represent Tommy during his trial.

Where is Tommy today?

We ultimately were successful in getting both Tommy’s conviction and death sentence overturned. We won him a new trial. But rather than be re-tried for capital murder, Tommy entered into a plea agreement whereby he was sentenced to prison for life with the possibility of parole. He served over twenty years in prison, but on February 10, 2006 the Alabama Board of Pardons and Paroles granted Tommy parole.

After this experience, do you believe the death penalty is ever justified?

I believe the death penalty should be abolished legislatively or, as a result of an evolving standard of decency, be declared unconstitutional. Utilitarian justifications, such as incapacitation or deterrence, are either unsubstantiated or may be achieved through incarceration. And the retributive extinction of a human life cannot, in my view, be morally justified.

Books can be pre-ordered through this link.