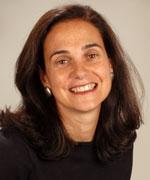 Professor Penny Venetis, Director of the International Human Rights Clinic, filed an injunction on Monday against the State of New Jersey for their move towards online voting despite concerns from security experts.

The state of New Jersey has dropped its plans to use an Internet-based voting system in the July 11 primary, after a court challenge by Rutgers Law School Professor Penny Venetis and students in the International Human Rights Clinic, which she directs.

During a court conference, held by phone before state Superior Court Judge Mary C. Jacobson in Mercer County, rather than oppose the clinic’s motion, the state abandoned the Internet-based system that Venetis challenged.

Venetis said, “I argued that there is no easier and stealthy way to manipulate votes than by hacking into an Internet-based voting system.”

Venetis and her students, working from home during the pandemic, filed an emergency motion on Monday May 11, which they wrote using their phones and personal computers. The clinic’s injunction sought to enforce a court order that Venetis secured in 2010 banning any and all forms of Internet-based voting in New Jersey.

Among the evidence she presented to the court, in addition to the 2010 order, were materials from the Dept. of Homeland Security and a letter from the U.S. House of Representatives discussing the national security risks of Internet-based voting systems. Those documents highlighted the system that New Jersey was planning on using statewide in the July primary election as being particularly insecure.

Venetis said that there is a consensus within the scientific community that online voting is susceptible to hacking. She said the United States government views any form of online voting as a national security risk.

“It’s really critical,” she said “that all votes are counted accurately. There are many, many efforts to suppress voting for the upcoming presidential election. Changing votes electronically is the ultimate form of voter suppression.”

During Monday’s call, Venetis urged Judge Jacobson not to dismiss the motion since the state did not say if it would seek to go back to Internet-based voting for the November election. “The state has an ongoing obligation to follow the 2010 court order, she said.

Venetis said New Jersey is one of several states that attempted to pilot online voting systems, despite concerns presented by cybersecurity experts that these cloud-based systems are inviting to hackers who would be able to alter votes undetected. Both Delaware and West Virginia are planning to pilot these systems during their presidential primaries next month.

The clinic, working with other advocates, is planning challenges to those efforts.

Venetis also added that the adoption of online voting conflicts with Executive Order No. 105, signed by Governor Murphy a few weeks ago, which mandated that all voting in New Jersey be done via mail, “Voting electronically is not voting by mail.  It is the exact opposite of what the order mandates. Additionally, voting by mail is verifiable, as it produces hand marked paper ballots that can be counted, and recounted, if the need arises."

Voting by mail, if done properly, ensures that voters with underlying medical conditions do not have to choose between their safety and exercising their most fundamental right, Venetis added. “Hacking ballots transmitted through the internet is the easiest way to change election results, and suppress the vote,” she said. “And one can do it without a trace."