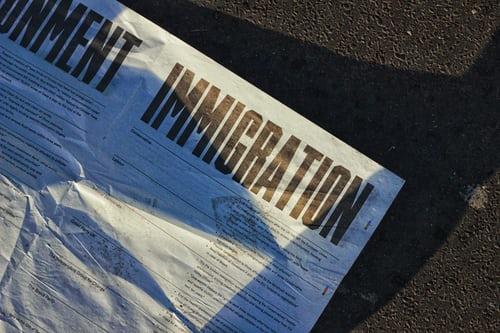 Specifically, the Immigrant Rights Clinic (IRC) received two grants – one from the NJ Department of Human Services, Office of New Americans, and the other from Essex County - to continue its work representing detained immigrants. The grant from the State has recently been renewed and increased. The Immigrant Justice Clinic (IJC) and Child Advocacy Clinic (CAC) just signed another two-year contract with the NJ Department of Children and Families to continue to represent all children in New Jersey’s foster care system who are in need of an immigration attorney. These projects illustrate the commitment of the State and Rutgers Law School to do what it can to assist New Jersey’s most vulnerable residents.

Because removal proceedings are considered civil, not criminal, the due process protections that exist in criminal court—including the right to a court-appointed attorney—do not exist for immigrants fighting deportation. Those immigrants, particularly detained immigrants, are often forced to represent themselves with no legal training. Yet, studies have shown that being represented by a lawyer can increase an immigrant’s chances of success ten-fold.

In recognition of this reality and in response to the Trump Administration’s anti-immigrant policies, in 2018, the State chose IRC at Rutgers Law to participate in a pilot program to provide legal representation to low-income immigrants in detention who are facing possible deportation. In 2019, Essex County also announced a large grant to the clinic for representation of detained immigrants.

The funding from the state and Essex County has allowed the clinic to hire Staff Attorneys, Pina Cirillo, Kunal Sharma, and Alejandra Chinea Vicente; Managing Attorney, Leena Khandwala; and Paralegal, Sylvia Santos, to carry out this important work. Although Essex County effectively ended its contract with ICE, thereby ending the grant, a recent increase in the state funding will allow IRC to keep all of its staff and further hire a part-time Social Worker and part-time Federal Litigation Attorney.

IRC attorneys, in partnership with three other organizations funded by the grant, provide representation, advice, and counsel to detained immigrants who are seeking various forms of relief, including, but not limited to, release on bond, cancellation of removal, asylum, withholding of removal, and Convention Against Torture relief.

Meanwhile, the Immigrant Justice Clinic and Child Advocacy Clinic, led by Professors Joanne Gottesman and Randi Mandelbaum, respectively, are pleased to be able to continue the project they began in May 2016, representing children in New Jersey’s foster care system who require representation by an immigration attorney. “The project we have developed in New Jersey is a national model, and one that other states are looking to replicate,” said Professor Gottesman.

For children who lack immigration status or for whom their status is unclear, the assistance of an attorney can provide much needed stability and helps children and youth achieve permanency. Professor Mandelbaum notes that without a “green card,” a “youth’s transition into adulthood is so much more difficult as they will not be able to access federal grants for college and in many instances will not be able to lawfully work.”

The Rutgers clinics partner with the NJ Division of Child Protection and Permanency, as well as the children’s appointed Law Guardian to ensure that the children are on a path to lawful permanent residence status and/or citizenship. The attorneys and paralegals frequently seek various forms of immigration relief, including but not limited to, Special Immigrant Juvenile Status (SIJS), Asylum, and T Visas for victims of trafficking.

The attorneys who thoughtfully and ably represent these children and youth are Supervising Attorney, Ariela Herzog, Senior Attorneys, Cosette Douglas and Elizabeth Yaeger, and Staff Attorney, Ashley Cruz. Ashley and Cosette are both alums of Rutgers Law, and Cosette is a “double-alum,” in that she also was a student of the CAC when she was at Rutgers.

In May 2021, the project said goodbye to long-time paralegal, Alma Godinez.  A part-time law student who successfully managed her classes while working full-time for the project since 2017, Alma graduated from Rutgers Law in December 2020 and will be clerking for the Honorable Yolanda Adrianzen in the Superior Court of New Jersey, Passaic County, beginning in September 2021. Meredith Gudesblatt, who has extensive experience working with immigrant children and youth at Kids In Need of Defense, Americans for Immigrant Justice, and most recently at Tahirih Justice Center in Houston, Texas has recently taken over as paralegal.