Rutgers Law Mourns the Passing of Judge Leonard I. Garth 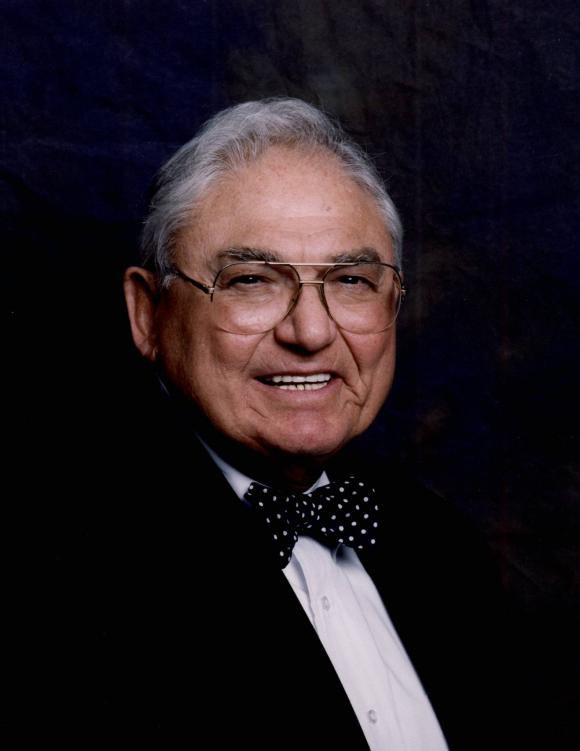 Judge Leonard I. Garth, who served on both the U.S. District Court for New Jersey and the U.S. Court of Appeals for the Third Circuit, and, as an adjunct professor at Rutgers Law School, has died at the age of 95.

Judge Garth died on Thursday, September 22, after a brief illness and was surrounded by family.

Co-Dean Ronald K. Chen ’83, who also bears the title of Judge Leonard I. Garth Scholar and who served as Judge Garth’s law clerk during the 1983-1984 court term, said, “Judge Garth was my mentor and friend for the past 33 years.  He was a role model for what every judge, lawyer, and indeed person should strive to be: principled, courageous, industrious, and compassionate.  I will miss him beyond words.”

Judge Garth was a well-known figure at Rutgers Law School, where he sponsored an annual lecture series and was poised to launch a yearly moot court competition between teams of law students on both the Camden and Newark locations.

The inaugural Garth Lecture in 2011 featured Supreme Court Justice Samuel A. Alito Jr., who clerked for Garth from 1976 to 1977 in his first job out of law school.

Judge Garth was born on April 27, 1921 in Brooklyn, New York, graduated with a bachelor’s degree from Columbia University in 1942. After graduating from Columbia, he was selected as a Rockefeller Foundation Intern for post-graduate student with the National Institute of Public Affairs.

He served in World War II as a U.S. Army Lieutenant from 1943-1946 and afterwards, attended Harvard Law School, opening a private practice in Paterson upon graduation.  He practiced law in New Jersey as a member of the law firm of Cole, Berman & Garth (now Cole Schotz P.C.) until he was appointed to U.S. District Court by President Richard M. Nixon.

He served as a district court judge from 1970-1973, when he was elevated to the Third Circuit.  Although he stopped sitting on merits panels two years ago, at the time of his death, he was still performing judicial service primarily in deciding motions before the court.

In 2011, the Third Circuit Court of Appeals dedicated the atrium in the Martin Luther King Jr. Building and U.S. Courthouse in Newark in Judge Garth’s name.

Anna Charlton, an adjuct professor at Rutgers Law School, who clerked for Judge Garth from 1991-1992 said, “His clerks became members of the Garth family, and I will always be grateful for his generosity in teaching us so very much about what it is to be a lawyer, and the responsibility we bear to our clients and the judicial system.”

As of 2013 Garth held the distinction of being the only sitting judge for whom a member of the United States Supreme Court has clerked.

In February of this year, his niece Ann Mac Dougall wrote an article about her “Uncle Len” and his desire to continue working in the judiciary to reduce a backlog of cases in his senior years. In her article, which appeared on Forbes.com, she said this about Judge Garth,

” Even though he was entitled to retire with a full pension at 65 (in 1986), he elected to take the option of “senior status” and continue with a slightly reduced caseload for the next 28 years. Recently, he gave up sitting on panels but carries on hearing motions. And even after moving into a retirement home, he has continued to commute — scooting in his motorized cart down the hall from his apartment to the modest chambers the federal government had set up to allow him to keep working. Why did Judge Garth choose to continue serving even though he made no extra salary or pension by doing so? Partly because he truly loved the law and took pride in his work, laboring over each opinion. But even more important, he stayed because he was sorely needed.”

Judge Garth’s wife of over 70 years, Sarah K. Garth, predeceased him in 2015.  He is survived by his daughter Tobie Garth Meisel ‘RLAW 87 and her husband, Michael S. Meisel, Esq., three grandchildren and seven great-grandchildren. His services will be private.