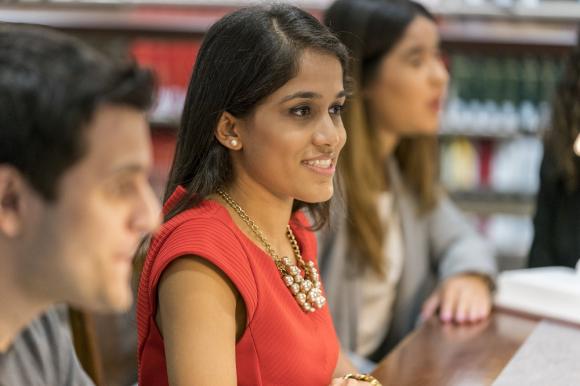 Rutgers Law School's Certificate for Immigration Law joins the other certificate programs at the school, allowing students to become experts in an area of the law before graduation.

Rutgers Law School has become the first law school in New Jersey to offer a Certificate for Immigration Law for its students – signaling to employers that law students have gained a mastery in immigration issues before graduating from law school.

Overseeing the certificate program will be Professors Joanne Gottesman in Camden, who directs the Immigrant Justice Clinic and the clinical programs in Camden, and Professor Anju Gupta, who is the Director of the Immigrant Rights Clinic in Newark.

“Here at Rutgers, we have so many students interested in immigration law, and those students have devoted a significant amount of time, energy, and credits toward taking immigration-related courses and honing their skills in this area,” said Gupta. “We wanted to recognize the dedication and commitment of those students.”

Students taking part in the certificate program will have seminars on immigration law theory and practice-oriented classes, in addition to learning from faculty who are experts in a wide range of immigration issues, including refugee law and citizenship, intersections between immigration law and child welfare law, criminal law, and labor and employment law. Gupta pointed out that there are a significant number of faculty members at Rutgers Law specializing in some aspect of immigration law.

The Certificate in Immigration Law is the latest in Rutgers Law School’s robust certificate offerings, which include certificates in family law, corporate and business law, and criminal law.

The intriguing and incredible courses taught by legal scholars and experienced practitioners, along with amazing clinical opportunities, make Rutgers a great training ground for future immigration lawyers. Rutgers Law students can already take part in two immigration clinics that serve the larger community, and student organizations, including the Immigrant Rights Collective in Newark and the Immigration Law Society in Camden.

The school also provides students with unique, non-clinical opportunities in immigration law, such as a new spring break trip to the Mexican border to assist asylum seekers stuck in Mexico due to the administration’s “Remain in Mexico” policy. And the school offers a course on “Crimmigration” that focuses on the intersections between immigration and criminal law.  A course on Child Migration and U.S. Immigration Law and Policy is offered in both locations via the law school’s immersive classroom by Gottesman and Professor Randi Mandelbaum, the director of the Child Advocacy Clinic in Newark. The course has included a trip to Guatemala to study the reasons why children are leaving Central America in large numbers, and what happens after they are deported from the United States.

In addition, the Rutgers Center for Immigration Law, Policy and Justice, which was founded by Vice Dean Rose Cuison-Villazor, which explores contemporary and historical immigration and citizenship laws to better understand the complex ways that law and society determine who belongs in the United States.

The work of the immigration clinics expanded recently. The Immigrant Rights Clinic in Newark recently received grants from the State of New Jersey as well as Essex County to represent immigrants detained in New Jersey. The funding has allowed the clinic to hire two staff attorneys and a paralegal to augment its existing attorney, funded by the Rutgers President’s and Chancellor’s offices, who specializes in cases involving immigrant children and their families.

Professors Gottesman, Gupta, and Mandelbaum also collaborate to supervise the Rutgers Immigrant Community Assistance Project, which serves the Rutgers immigrant community. In addition, Gottesman and Mandelbaum launched a statewide project that provides representation to immigrant children in foster care in New Jersey through a contract with the Department of Children and Families.  Now in its fourth year, the project has grown to include four staff attorneys. 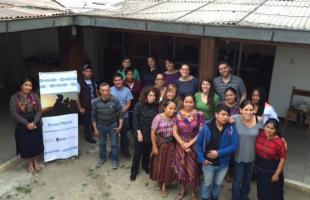 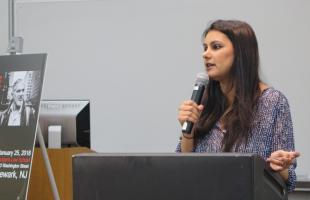 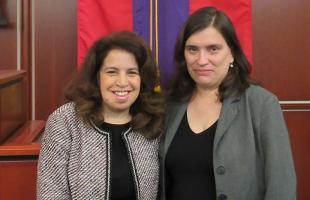 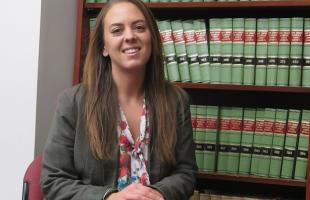 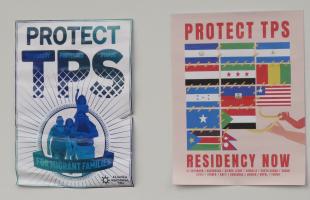 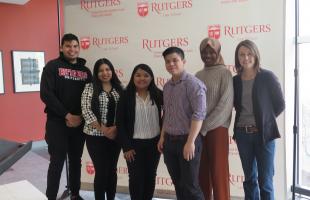