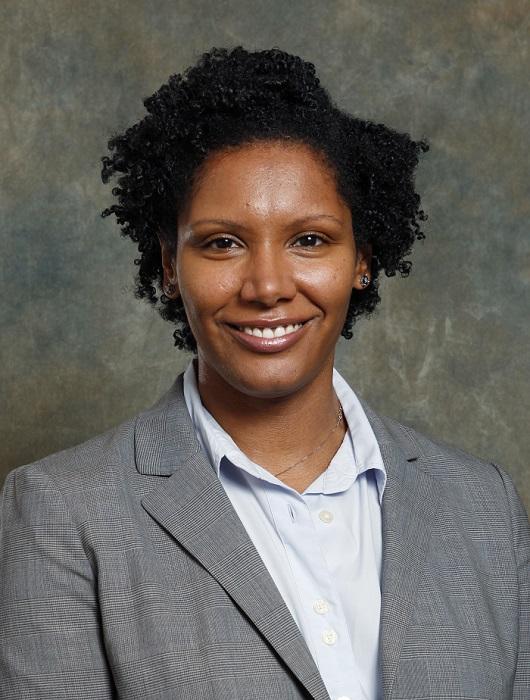 This national award honors a junior clinician for accomplishments and commitment to social justice, particularly in the area of racial justice, leadership in and/or contributions to the clinical community and clinical teaching, and involvement in the international dimensions of this work.

“I am delighted to see Professor Karteron’s excellence as a teacher, scholar, social justice champion,  and new leader of our flagship Constitutional Rights Clinic, honored through this well-deserved national award for extraordinary junior clinical professors,” said Rutgers Law Co-Dean David Lopez. “It is fitting timing,  just as we prepare to honor the  50th Anniversary of our groundbreaking clinical program this Fall and signals that our program’s future is in good hands and will amply continue and build upon its celebrated  past as the crown jewel of  ‘The People’s Electric Law School.’”

Since coming to Rutgers in 2016, examples of her clinic's work include a constitutional challenge to the New York Parole Board and Department of Corrections and Community Supervision's blanket restrictions on internet and social media access for people convicted of certain crimes that have nothing to do with the internet or computer use.

Her clinic has filed an amicus brief in the N.J. Supreme Court on behalf of the Urban League of Essex County and Junius Williams, a local attorney/activist, seeking to sustain Newark's effort to establish a meaningful Civilian Complaint Review Board (CCRB). A police union brought the legal action challenging the CCRB’s authority, putting the CCRB’s power to investigate police misconduct, hold hearings, and recommend discipline in response to complaints at issue.

In addition, it has represented the Inmate Legal Association at New Jersey State Prison in its efforts to enforce a settlement agreement regarding the right of prisoners to access counsel, and supported a potential habeas action seeking release of an immigrant detained by ICE due to COVID-19 dangers in confinement. She is also a member of the Board of Directors of the ACLU of New Jersey and Prisoners’ Legal Services of New York.

“We are extremely proud of Professor Karteron’s considerable accomplishments in just her first four years as a full-time professor and clinical director,” said Rutgers Law Clinical Dean Jon Dubin.” She has brought critical and timely expertise in civil rights advocacy against structural racism, police misconduct and systemic race discrimination in the criminal justice system to our clinical program and academic community in an historical moment that demands our informed participation, and has inspired  students and colleagues alike through her dynamism and skill as a teacher, lawyer and scholar for these times.”

Prior to coming to Rutgers Law, Karteron worked on the staff of the NYCLU and NAACP Legal Defense Fund and is best known for serving as lead counsel in a successful class action constitutional challenge to the NYPD’s "stop and frisk" policy under Mayor Michael Bloomberg.  She taught in NYU Law School's Civil Rights Clinic from 2013-2016 before being hired as the second Director of the Rutgers Constitutional Rights Clinic, succeeding the legendary Frank Askin after his retirement after 50 years on the faculty.

In 2019, Alexis was elected to the national Board of Directors of the Clinical Legal Education Association (CLEA) after serving on CLEA's Clinical Faculty Equity and Inclusion Committee. She is the third Rutgers Law School professor and clinician to receive this national award, following Professor Esther Canty-Barnes in 2004 and Professor Charles Auffant in 2010. She was presented with the award at the AALS Clinical Section’s virtual awards ceremony on May 27.

“I am extraordinarily humbled to have received this award. I am proud to help uphold Shanara Gilbert’s legacy of fighting for justice for marginalized communities. Rutgers Law School, with its longstanding commitment to social justice, is a wonderful place to do just that.”