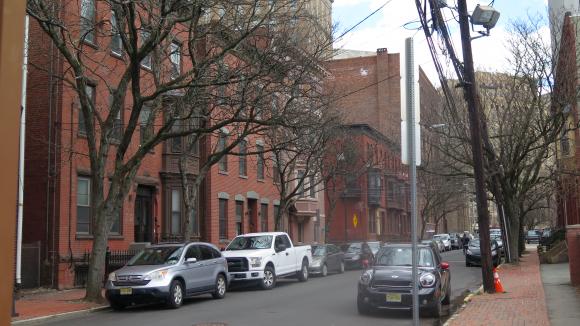 Many Newark residents are facing financial hardships during the pandemic and are finding it difficult to keep up with their housing costs.

This spring, Rutgers Law Professor Norrinda Hayat worked with students and housing advocates to fight against evictions for New Jersey residents, particularly those facing hardships because of the pandemic.

Hayat, who directs the Civil Justice Clinic in Newark, worked with Newark-based housing activist Victor Monterrosa RLAW ’15 and Nina DePalma, RLAW ’20, who started the Newark Housing Coalition while she was a student at Rutgers Law, to protect residents from evictions. 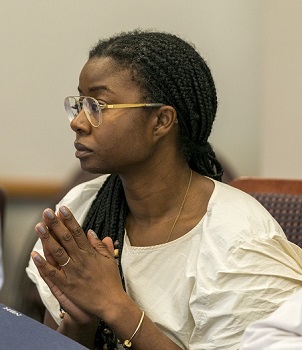 In March, Hayat said New Jersey was under a state of emergency because of Covid-19 and state courts had halted jury trials, but that decision didn’t affect landlord/tenant court, because those cases aren’t heard by juries. “Each roll call at landlord/tenant court has hundreds of people each day,” she said.

Hayat said the crowding of multiple families in the court was untenable in light of the public health crisis and, impractical because New Jersey residents were under a stay-at-home order. Schools and jobs had already or were planning to close. In addition, it became clear that soon many people would be unable to pay their rent since they weren’t working. “We had to have some relief for rent, people were not going to be able to pay,” she said.

To urge the governor to impose a moratorium on evictions, Hayat and her housing partners organized a “Twitterstorm”, calling on New Jersey’s Governor Phil Murphy to institute a moratorium on evictions in the state. Sample tweets were sent out to community partners, clients, and members of the law school community. All of those involved began tweeting at the governor at the same time – 3pm – one afternoon. The next day, March 14, evictions in New Jersey were halted.

Hayat said while the moratorium on evictions was a step in the right direction, it did not stop rental payments from accumulating for renters. Since then, she has been working with housing advocates to support a multiplicity of efforts that would provide rent relief to New Jersey residents. As of mid-August, the state legislature was considering a broad rent relief bill. Hayat said that the bill would help tenants who could not pay all of the rent that is owed, avoid eviction by spreading their unpaid rent over time.

Hayat also worked on building a coalition that worked with an economist to determine the economic impact of Covid-19 on New Jersey if no further action is taken by the legislature. “Our role is really to support community organizations,” she said. “The Ironbound Community Corporation is the on-the-ground leader in this work and it’s important for these movements to be led by the people. I am happy to support their work, and that of other advocates, in ultimate service to the tenants of New Jersey.”