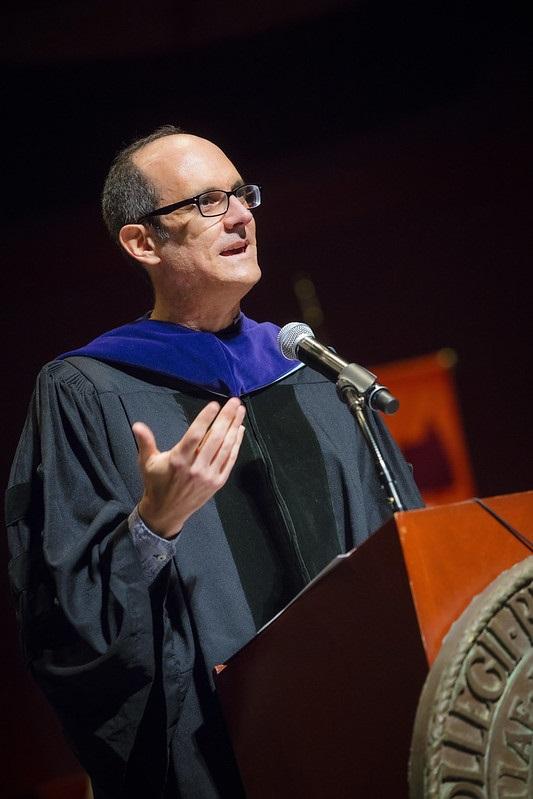 Professor Carlos Ball, a nationally-recognized expert on Constitutional Law, has written a new book titled Principles Matter: The Constitution, Progressives, and the Trump Era that looks at the impact of the Trump Administration and the way presidential powers were abused. Ball recommends relying on constitutional principles from federalism, the separation of power, and free speech to resist autocratic rule.

I wrote the book because I believe the ways in which Donald Trump governed made clear that the presidency has accumulated too much power in the last few decades to the point that the office, when in the hands of irresponsible and corrupt leaders, represents a real threat to the future of our constitutional democracy. I also noticed during the Trump presidency that progressive groups and states repeatedly relied on separation of powers and federalism principles to try to stop some of the worst abuses of power emanating from the Trump White House. Although progressives, prior to Trump, did not generally emphasize those principles, I argue in the book that those principles are worth defending regardless of who occupies the White House because they serve as crucial safeguards against future autocratic and dangerous presidents.

Who did you write this book for? Who is your audience?

Although I hope that anyone interested in constitutional law will be interested in the book, my main audience are progressives who care about advancing social equality and justice objectives.

Why is this book timely or relevant now?

I believe the book is timely because I think the chances that we will have another presidency like the last one (whether led by Trump or by someone else) in the near future are quite good. It therefore continues to be essential that constitutional principles aimed at curbing autocratic federal governance be strengthened and protected. That is a point that may not seem so obvious to progressives when there is an ally (like President Biden) in the White House, but my book aims to encourage progressives to take a long term approach to the value of separation of powers and federalism.

I would like to thank the students who have been in my Constitutional Law classes of the last few years. Whether they knew it at the time or not, their questions and comments in the classroom helped me think though some of the constitutional issues that I grapple with in the book.