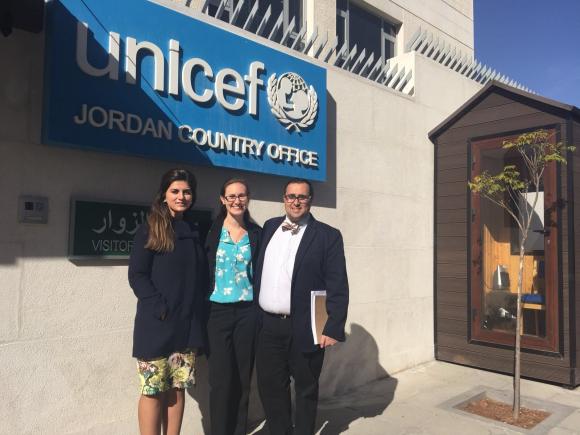 A new report on the Syrian refugee crisis written by Rutgers Law Professor Sahar Aziz and a team of students asserts that the U.S. must rethink its policy towards Syrian refugees and do a better job of supporting the countries that have taken in the people fleeing from their war-torn country.

“With four million Syrian refugees and another seven million internally displaced, the Middle East is facing the worst international refugee crisis in modern history,” said Aziz. “If the United States wants to be respected as a world leader, it must act like one.  Rather than turn its back on Syrian refugees, the United States should meet its moral and political obligations to contribute its fair share of humanitarian aid to neighboring countries as well as admit more Syrian refugees. These recommendations offer a way forward to empower Syrian refugees while relieving Middle Eastern countries shouldering the immense economic costs of the refugee crisis.” 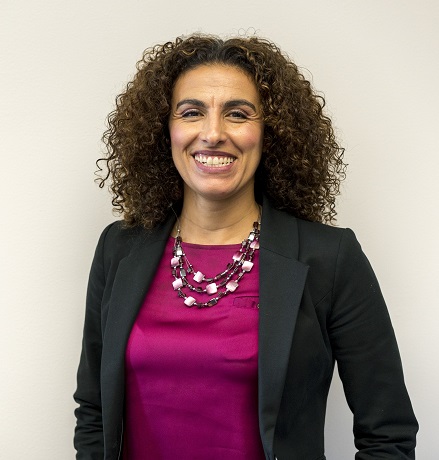 Aziz, a Chancellor’s social justice scholar, is the founder of the Rutgers Center for Security, Race and Rights, an academic center that examines issues of civil rights, national security, and U.S. foreign policy in the Middle East. The center has looked at issues of Islamophobia and the perceptions of Muslims by the Western World. She said she plans to share the report with members of Congress, policy makers, diplomats, and civil society organizations working with Syrian refugees in the U.S. and Middle East.

“I hope that our report reaches a wide audience and is relied on. I would like to see that our recommendations are taken into consideration or that they at least facilitate conversation at the political level,” said Anaie. “I learned the importance of American lawyers in the field of international law. Through this research, I learned the power that America has in influencing international law and the need for lawyers to advocate on behalf of these laws.”

Rana said he was profoundly affected by the experience and hopes the report’s findings encourages politicians to stop politicizing the lives of the refugees, “I hope that politicians have a more profound understanding of the Syrian refugee crisis. I hope this report humanizes these people and their stories because there is so much demonization in the world of these people. I hope the rhetoric changes.”

Rana, who will graduate in May, said working on the report has influenced him,”This work has certainly contributed to my passion for public interest and for helping people. It has helped me learn more about doing work for different communities.”

The report recommends a four-point plan:

1.    The U.S. should increase its aid to fund programs that empower refugees to be economically independent, including microloans, higher education grants and vocational training.
2.    U.S. development aid to Jordan, which has taken in the most refugees, should strengthen both state institutions and the private sector as well as allow Syrian refugees to work.
3.    The U.S. should fund humanitarian projects that empower refugees from many countries, not just Syrian refugees, as a means of promoting social cohesion in countries such as Jordan with large communities of Iraqi, Somali and Yemeni refugees.
4.    The U.S. should continue its proud of tradition of welcoming refugees by increasing Syrian refugee resettlement.