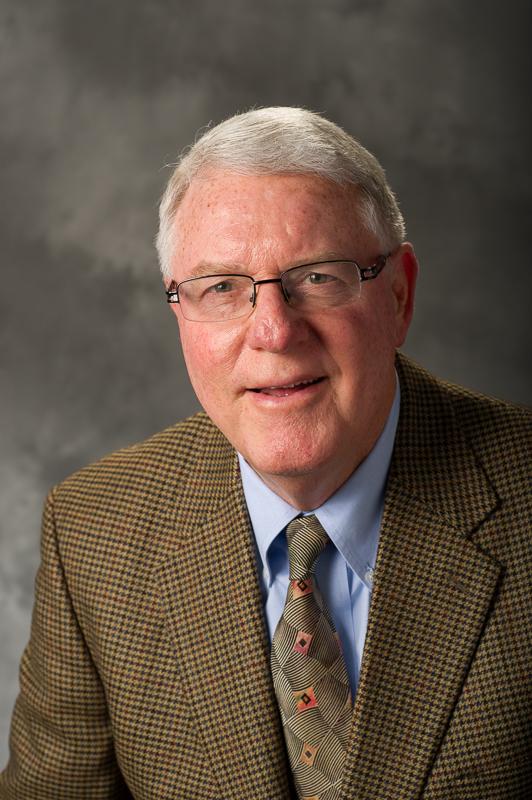 Rutgers Law Prof. Williams, who teaches in Camden, has been cited by state supreme court judges across the country nearly 400 times from 2005 to 2014.

A recent study on the scholarly impact of law faculties on the courts has ranked Rutgers Distinguished Professor of Law Robert Williams, who teaches in Camden, third in the nation for nearly 400 references to his scholarship by state supreme court judges across the country from 2005 to 2014.

“As a faculty member at a research university, one of our most important functions is to produce scholarship that is useful to our society,” says Williams, whose scholarship was cited in 19 state supreme courts, including New Jersey, Pennsylvania, Iowa, Oregon, Missouri, and Alaska. “To my mind, having an effect on how judges interpret the law is the most important practical result of our scholarship.”

The study, “Judicial Impact of Law School Faculties,” compiled by a team of researchers from the University of Saint Thomas School of Law in Minnesota, quantified citations to scholarly works by the Supreme Court, the U.S. Courts of Appeals, and all state high courts.

Williams, who teaches state constitutional law and statutory interpretation and serves as director of the Center for State Constitutional Studies, says that state supreme courts have become very important in the United States legal system.

“Most law is state law and federal law is the exception,” says Williams, who is the author of numerous books on state constitutional law and has participated in a wide range of litigation on the topic. “In the last several years state constitutions have become much more important, in cases such as same-sex marriage.”

As part of the annual state constitution law lecture that Williams has overseen for more than a quarter of a century, which is published in an annual Rutgers University Law Review issue, Rutgers Law’s Camden location has been the host to various important legal figures, most recently Mary Bonauto, who successfully argued for marriage equality first in state supreme courts and then before the United States Supreme Court in the historic case of Obergefell v. Hodges.

As a pioneer in state constitutional scholarship, the Rutgers Law scholar notes that when he joined the faculty in 1980 there was plenty of room to grow the field.

“I feel like I had an opportunity to have a real impact on this important developing area of law,” says Williams, who co-produced a television documentary in 1997 marking the 50th anniversary of the New Jersey Constitution. For a state constitutional law scholar, the United States is the place to study. In fact, no other country has 51 constitutions or as Williams says, “lots of opportunities for research and scholarship.”

And according to Williams, that scholarship has direct impact on everyday lives: “There’s more in state constitutions that affects daily life as compared to the U.S. Constitution, like public schools, state taxation, and state budgets, which fuels state government and that affects everybody every day.”

When teaching state constitutional law at Camden, he tests his students to see how closely they are reading texts and judicial decisions, particularly when state supreme courts made major shifts in process. That’s an easy test, of course, because sometimes it’s because of Williams’ own scholarship.

In 2005, for example, the Pennsylvania Supreme Court changed the way the courts interpret certain provisions in its state constitution. It said, “This limited construct employed by the Court in [earlier cases] has not always been strictly and faithfully followed by our lower courts… Furthermore, [Prof. Williams’ scholarship]… has criticized the narrow approach… Upon closer inspection of our now close to twenty-year-old decision, we find that the analysis offered… fails to give full significance to the language employed in the constitutional provision itself…”

Williams has also been a beloved mentor over his decades teaching at Rutgers Law School. Several of his students serve now in the judiciary or advocate for laws to be improved. “It’s a heck of a lot of fun to see your students utilizing the lessons you taught them,” he says.

David Perry David, a 1996 alumnus, a sole practitioner, says Williams was his introduction to constitutional law and continues to stay in contact for advice on the various civil rights suits he has filed over the years.

“Even 20 years later, I remember much of what he taught and remain guided by his wisdom,” says Davis, who brought several successful civil rights suits, and has one pending. “Prof. Williams was very helpful specifically in Pasqua v. Council, which resulted in a New Jersey Supreme Court decision mandating the appointment of counsel for indigent Family Court litigants facing jail at enforcement hearings,” says Davis, who has a pending suit that raises a due process challenge to the automatic suspension of driver’s licenses. “I owe a lot of my success to Prof. Williams, both in his help when I was a student and his ongoing assistance. I’m thankful beyond words for his generous donation of his time and talent.”

While this ranking didn’t account for amicus briefs, Williams is an active “friend of the courts” and most recently co-wrote one that is pending in the Pennsylvania Supreme Court on adequate funding in public schools. He says that as a Rutgers Law professor contributing to the nation’s legal system is part of his faculty responsibility, but he is equally proud of the excellence in teaching at the university.