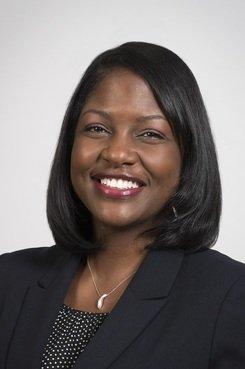 Fabiana Pierre-Louis, a 2006 graduate of Rutgers Law School in Camden, has been nominated by Gov. Phil Murphy for a seat on the New Jersey Supreme Court. If confirmed, she will become the first Black woman to sit on the Court.

“I can think of few people who are more qualified to sit on the highest court of our state,” says Rutgers Law Co-Dean Kimberly Mutcherson. “Fabiana is incredibly smart and a superb lawyer. Equally as important, she is thoughtful, compassionate, committed to the rule of law, and to a fair and unbiased system of justice. Having known Fabiana for many years, I’ve no doubt that the people of this state would be well served by a justice who brings her skill set and background to the New Jersey Supreme Court.”

Rhasheda Douglas, assistant dean of the Minority Student Program at the Camden campus of the law school, has known Pierre-Louis since she was a second-year student at Rutgers Law School. “From our first encounter, I could tell that she had tremendous drive and focus,” she says. “As I’ve watched her career over the years, I have witnessed how she pursues all of her undertakings with a spirit of excellence, courage, and integrity.”

Fabiana-Lewis earned her bachelor’s degree in political science from Rutgers University–New Brunswick in 2002.