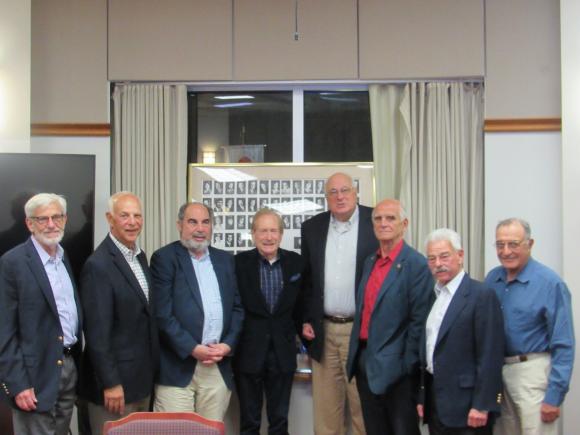 Members of the Class of 1971 talked about their former Professor, Ruth Bader Ginsberg.

Rutgers Law School in Newark hosted six class reunions this fall, welcoming back alumni from the classes of 1970, 1971, 1976, 1981, and 2000. The alumni are featured in photo galleries of their reunions, linked to their years.

The events were held at Rutgers Law School in Newark and included a networking cocktail reception attended by Dean Rose Cuison-Villazor, followed by a sit-down catered dinner, with most members attending in person, and some graduates attending the cocktail portion virtually through Zoom.

Each class shared unique memories of their years at law school. Graduates from the Class of 1971 talked about taking classes with former Supreme Justice Ruth Bader Ginsberg. The class of 1976 recalled their former classmate, Sen. Elizabeth Warren.  Members of the class of 1981 talked about the changing population of law students, including a large number of women coming back to school after starting their families.

During the reunion dinners Associate Dean for Advancement Robert Steinbaum asked class members to group together to establish endowed scholarships in their class’ name by making pledges payable over the course of the next five years.  The class of 1970 raised more than $120,000, the class of 1981 raised $60,000, and members of the remaining classes are still responding about the level of their gifts in order to establish their class’ scholarship.