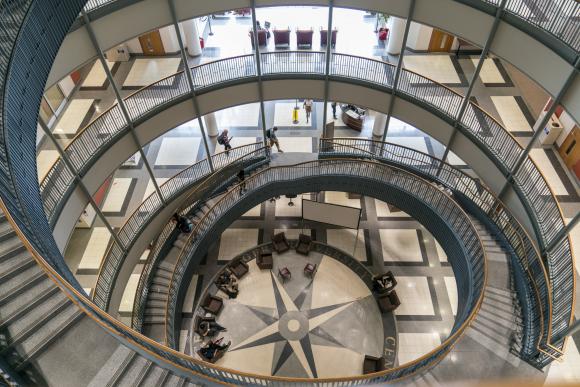 Rutgers Law reflects on the events of 9/11.

Former Law School Dean John Farmer and Law School Professor Sahar Aziz reflect on the events of 9/11 and what it means for us today.

Read more at Rutgers Remembers, Reflections on the 20th Anniversary of 9/11.

On this 20th anniversary of the September 11th attacks, we are taking time to remember and honor the almost 3,000 people who died that day and the thousands of children, spouses, significant others, siblings, parents, friends, co-workers, and others who continue to live with the impact of their loss.

We are grateful to the first-responders and every day people whose bravery helped hundreds of people survive that day and return to their families. And, in such close proximity to the withdrawal of American troops from Afghanistan, we also honor those who served our country during that war and hope for peace in the region and no more senseless death and destruction.

We expect that many of you, like us, have vivid memories of where you were on 9/11. At Rutgers Law School in both Camden and Newark, many faculty and students were in their classrooms when the attacks happened. In Newark, one could see the billowing smoke from the Twin Towers after they were hit. We also recognize that there are many in our community who are too young to remember the horror of that day, and their memories of 9/11 come from others, including family members, teachers, documentaries and the media.

Whatever memories you do or do not carry from that day, we are all privy to the aftermath of that day, much of which continues to resonate for those of us who know how law shaped the response to 9/11. The creation of a special fund to compensate those who experienced losses that could never be made right through the allocation of dollars. The rampant and frightening Islamophobia that spread across the country as people sought a target for their rage and grief. The creation of the Department of Homeland Security and heightened enforcement of immigration laws that separated families. The decades long war and the thousands of people killed or disabled in that conflict. Some of these issues were explored during the Rutgers University Law Review symposium commemorating 9/11 ten years ago. These legal and social changes still impact many of us twenty years later, and we are left continuing to wonder how we, as people committed to the rule of law, can help to build a world that is more just, more fair, and more safe.

On this solemn day, we hope that you will join us in thinking about a better future even as we honor the sacrifices made in the past.