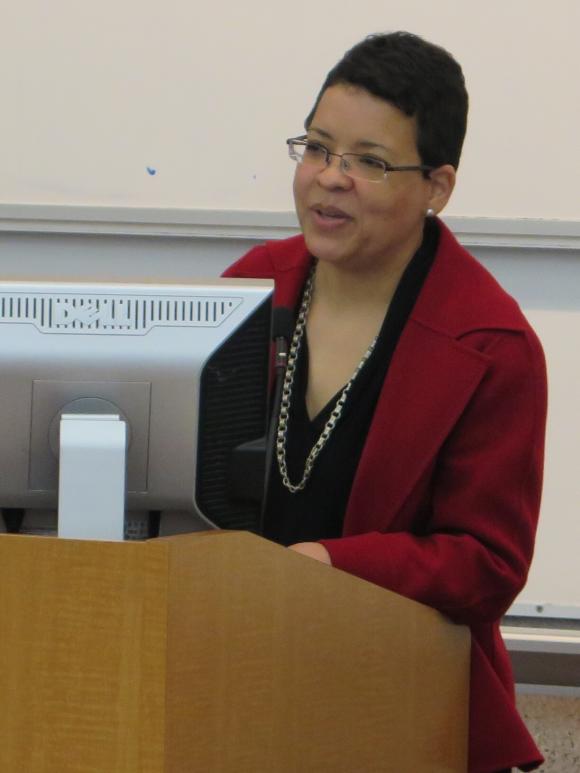 Ten Rutgers Law students, under the direction of Professor Elise Boddie, Founder & Director of the Inclusion Project, published a report this summer that looks at the devastating impact systemic and structural racism has had on Black and Brown communities during the COVID-19 pandemic.

According to the report, which is titled Snapshots of COVID-19: Structural Inequity and Access to Justice, “Black people account for more than 40% of the reported death counts in the state of Michigan, despite making up only 14% of the population. Wayne County (which includes the city of Detroit) has a black population of over 40% and records the second most registered cases of COVID-19 in the state of Michigan.” The report then goes on to posit contributing factors such as federal incompetence in the healthcare system that particularly impacts Black and Brown communities, working-class Black neighborhoods with higher rates of substandard housing, job availability, and the relative inability for many Black Americans to opt into work-from-home scenarios, increasing their exposure to the virus.

One of the concerns highlighted by the report is the mask bias in Black communities. “For example, in Miami, Florida, a Black male physician who was wearing a mask, was handcuffed by a police officer—apparently on suspicion of theft—as he was loading camping tents into a truck outside his home as part of his volunteer work with the homeless. Not wearing a mask also has caused problems. In Philadelphia, a Black man was physically removed from a public bus by law enforcement for failing to wear a mask, just a day after the city had implemented a mandatory mask policy for public transportation.”

In addition to outlining the social and economic distress factors and mask-wearing enforcement bias targeting Black communities, the report also points out the failure of prisons “to protect the persons who have been entrusted to their care. As documented in a report by the American Civil Liberties Union and the Prison Policy Initiative (PPI), ‘state responses [have] ranged from disorganized or ineffective, at best, to callously nonexistent at worst.’ As the report makes clear, ‘no state has done enough’ and ‘all states [have] failed to implement a cohesive, system-wide response.’”

Other issues were highlighted in the report, such as efforts by lawmakers to discern how public health inequities during the pandemic connect to structural racism through data collection; concerns regarding indigenous communities like the Navajo Nation which, as of May 18th, 2020, had the highest per capita infection rate in the country; educational challenges that have arisen during the pandemic; voting rights concerns especially relating to access to absentee voting; and fears for immigrant populations, especially undocumented immigrants, mixed-status families, DACA recipients, and undocumented students.

Each title in Section 2 of the report–Housing Rights and Homelessness, Immigrant Justice, and Prisoners’ Rights–holds a collection of information and resources meant to capture a series of “snapshots” across the COVID-19 response timeline.

Susan Feathers, Assistant Dean for Public Interest and Pro Bono, and Dina Mehme, a PhD candidate at RU-N Division of Global Affairs, joined with Professor Boddie in publishing the report and providing further insight into the research done by these law students.