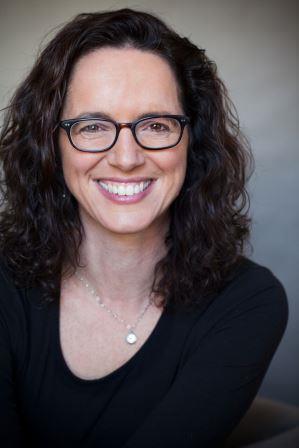 Rachel Godsil is one of the new Social Justice Scholars at Rutgers Law.

Rachel Godsil , an expert in race, poverty and housing, and Sahar Aziz, an expert in national security, civil rights law and the Middle East, will both start at Rutgers Law School this fall. Rose Cuison Villazor, who is coming from U.C. Davis School of Law, specializes in immigration and citizenship law and property law, will start in the fall of 2018.

They are being funded under an initiative by Chancellor Nancy Cantor of Rutgers Universitiy-Newark.

“These are tremendously dynamic people who are engaged in the most pressing social justice issues of our day,” said Henry Rutgers University Professor Elise Boddie, the faculty member who led the search committee.

Godsil, who is coming from Seton Hall Law School, will teach Property Law and Environmental Justice to law students and co-teach a Civil Rights and Civil Liberties course for undergraduate students.

“I am incredibly excited to be part of the Rutgers Law community—its diversity, vitality, and commitment to being an anchor institution are extraordinary,” she said. “The work I have been doing focuses on how institutions and people with egalitarian values – who want to ensure fairness across race, ethnicity, gender, religion, and other identity categories – struggle to translate those values into behaviors and outcomes.”

Godsil’s recent property scholarship focuses on gentrification, the mortgage crisis and eminent domain, as well as the intersection of race, poverty, and land use decisions.  In 2014, she was appointed Chair of the New York City Rent Guidelines Board by Mayor Bill de Blasio.  After serving as the convener for the Obama campaign's Urban and Metropolitan Policy Committee and an advisor to the Department of Housing and Urban Development transition team, she co-directed a report to HUD Secretary Shaun Donovan entitled "Retooling HUD for a Catalytic Federal Government."

The three new professors were chosen out of a field of more than 90 applicants for positions created by Rutgers University-Newark Chancellor Nancy Cantor that brings law faculty with an expertise in social justice and a demonstrable record of impact in the field.

Aziz was a professor at Texas A&M University School of Law where she taught torts, national security, civil rights, race and the law, and Middle East law. Prior to joining Texas A&M, she served as a Senior Policy Advisor for the Office for Civil Rights and Civil Liberties at the U.S. Department of Homeland Security.  Her scholarship lies at the intersection of national security and civil rights law with a focus on how post-9/11 laws and policies adversely impact racial, ethnic, and religious minorities. She is also an expert on the Middle East and focuses on the relationship between authoritarianism and rule of law in Egypt. In June 2016, she was invited as an expert participant in the European Union’s Democracy and Security Dialogue chaired by former Secretary of State Madeleine Albright to discuss the relationship between rule of law, democracy, and terrorism in the Middle East.

“I am thrilled to be joining Rutgers Law School where social justice is an integral part of its curriculum and institutional identity,” said Aziz. “My scholarship aims to provide a critical analysis of U.S. and global counterterrorism law and policy, taking into account the experiences of communities disparately harmed by existing paradigms. Toward that end, I will be working with my colleagues at Rutgers to develop a program on Security, Race and Civil Rights.” 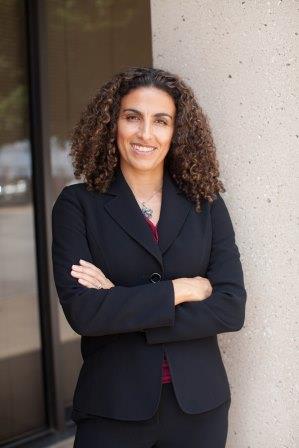 She will be teaching counterterrorism law, Middle East law, torts and evidence and will be working with the Middle East Studies Department to host events and programs.

Aziz, who is originally from Egypt and was raised in Dallas, Texas, said she looks forward to coming to Rutgers Law this fall.   “As an academic and a lawyer whose professional identity is centered on social justice, I wanted to be part of an institution that had a track record of educating law students who went on to become leading social justice lawyers.”

Villazor was a recent visiting professor at Columbia Law School.

“My work examines questions of membership and belonging,” explained Villazor. “The main, areas I teach and write about are  immigration law, citizenship law and property law.  I have explored how the law has determined who can enter the United States, who can remain, who can become a citizen. In property law, I’ve examined local ordinances that determine who can purchase property, reside in certain neighborhoods and have access to other places that are historically private but should be open to the public.” 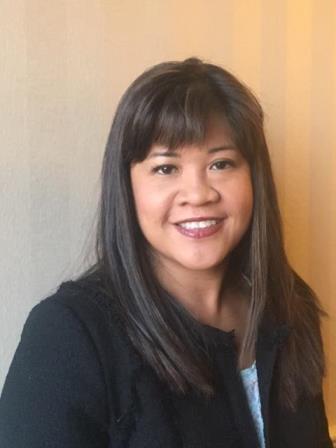 Professor Rose Cuison Villazor, who is coming to Rutgers Law in Fall 2018.

She will be teaching immigration law, citizenship seminar, and property law and hopes, in the future to teach critical race theory and Asian Americans and the Law. Villazor said she’s looking forward to collaborating with scholars who study migration, immigration and criminal law, in other Rutgers departments.

“I’m super excited about joining the faculty and to work at another public university, whose mission is to ensure that higher education is accessible,” she said. “I myself went to the University of Texas, a public university.  Being a part of a community in a public institution works well with my own scholarship and teaching and commitment to diversity. When I think of Rutgers as a whole, it is one of the more diverse institutions in the U.S.”

“With these three new colleagues joining a faculty already historically committed to using the law as an instrument to advance social justice, the Law School will be even better poised to have positive impact in our communities and on our students,” said Co-Dean Ronald K. Chen.