The incoming class of students at Rutgers Law School is a fascinating, eclectic, and diverse group.

Of the 409 new students attending classes in Camden and Newark, there are equal numbers of male and female students. With this year’s entering class, the total enrollment for Rutgers Law is 1,231 students making Rutgers one of the largest law schools on the East Coast.

Around 33 percent of our new students self-identified as students of color, including Native Americans, Asian or Asian-American and Pacific Islanders, Latinx, and African-Americans. They came to Rutgers Law from 29 different states, including California, Minnesota, Oklahoma, New Mexico, and Maine; and they represent 30 countries, among them, Honduras, Kuwait, Serbia, and Japan.

The newest members of the Rutgers Law family attended 180 schools and colleges, where they majored in 70 different fields and had interesting lives and careers before law school. The new students include carpenters, plumbers, lifeguards, a founder of a non-profit, a kosher supervisor, a medical doctor, a theatre director, a legislative aide, and a chemist. Several new students are current or former members of the military.

Both campuses hosted terrific orientations involving a variety of activities. Students in Camden participated in small group sessions facilitated by faculty to discuss the book, The Sun Does Shine: How I Found Life and Freedom on Death Row, the memoir of Anthony Ray Hinton who spent almost 30 years on death row in Alabama for a crime he did not commit. Newark students participated in a yoga class for relaxation and took part in a student picnic. They also attended an anti-bias workshop hosted by Professor Rachel Godsil, Co-Founder of The Perception Institute.

Co-Dean Kimberly Mutcherson welcomed students to the Camden campus, and told them to reach out when they need help and urged them to use their law degrees in service of making our country a better place. She said, “Wherever you end up post-law school and however winding that path, I urge you to be conscientious about how you use your legal skills, to ensure that your moral compass remains intact, and to find ways large and small to contribute to the project of building a nation that is as good as we can make it.”

In Newark, Co-Dean David Lopez told students about the Rutgers Law commitment to social justice, its history of activism, how Supreme Court Justice Ruth Bader Ginsburg taught here, and not to fall prey to “imposter syndrome.” He said, "Every one of you belongs here and deserves to be here."

As part of the orientation program, students in Camden and Newark took the New Jersey State Bar Association Lawyer’s Pledge and promised to “serve, protect, foster and promote the fair and impartial administration of justice.”

The 1L students aren’t the only new people campus. Rutgers Law welcomed Jay Austin, most recently the Dean of Admissions at UC Irvine’s Law School. Austin is the new Senior Associate Dean of Enrollment and Financial Aid. Austin, who is a Newark native, will divide his time between the Newark and Camden locations.

Rutgers Law also welcomes Kelly Deere and Amy Widman, who are clinical professors of law teaching in the Legal Analysis, Writing, Research, and Skills program. Elaine Pizzurro is the new Director of Academic Support and Bar Studies. All three will work at the Newark location.

It is an exciting year for Rutgers Law. The Women’s Rights Law Reporter, founded by Supreme Court Justice Ruth Bader Ginsburg when she was a professor at Rutgers Law, celebrates its 50th anniversary this year. Rutgers Laws’ pioneering clinical program also is gearing up for its 50th anniversary in 2020. The Camden location will be observing the 10th anniversary of the opening of the East Building, which significantly expanded and modernized the law school in Camden. 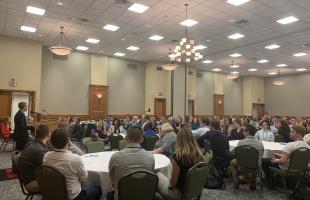 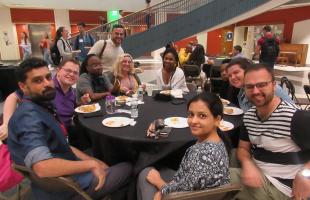 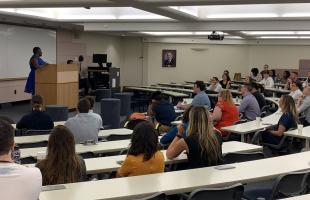 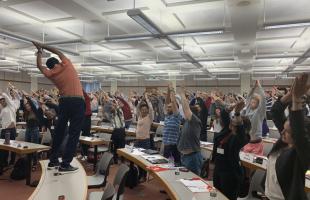 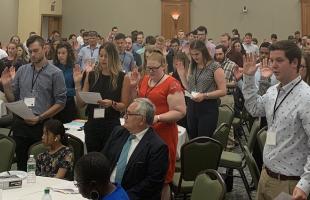 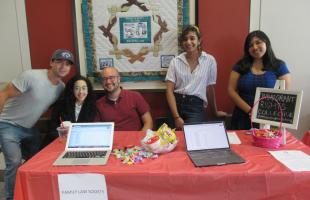 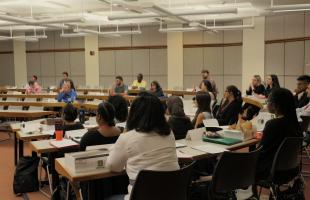