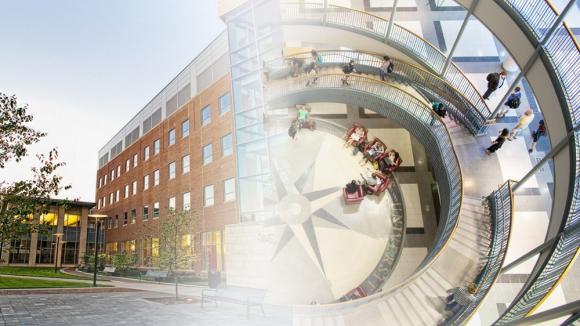 A group of women who are Rutgers Law School Alumnae have started a new network to help connect law school graduates with each other, provide networking and career opportunities, and to host programs that engage students and female alumni.

The Rutgers Law School Alumnae Network launched over the winter and is led by women graduates from both the Camden and Newark locations. The group is hosting its first event at 6 p.m. via Zoom on January 28. It is a networking event that will feature a guest appearance by celebrity chef Lex Grant.

“We’ve got so many great female alumnae, we want to find a way to bring them together that is not limited by the network of our own school,” said Rodriguez. “We’re better when we’re in a big force. We have a way to bring together two campuses and the amazing women that have come out of them.”

Network organizers plan to communicate the group’s plans through LinkedIn and other social media channels, along with traditional communication methods. “Alumnae have expressed an interest in networking with other female Rutgers attorneys for work referrals, to share ideas and best practices, and to support current female law students through their RLAW journey and beyond,” said the group in its organizing document.

Rodriguez explained the network is not competing with the law school’s other alumni groups, which are organized by location.

“My hopes are to bring alumnae together to support and learn from each other as well as female law students,” said Santelle, who is former chair and managing partner of Philadelphia’s White and Williams. “Women alumni can assist each other and law students by providing professional advice and mentoring as well as sharing personal experiences.”

“I have learned about many of the awesome Rutgers Law alumnae, and we are really doing some great things and have much to offer.  My hope is to highlight these women and provide opportunities for mentoring and collaboration,” said co-chair Rosen, a partner at Archer Law in Haddonfield.

The network can be found on LinkedIn and can be reached at this email address: rutgerslawalumnae@gmail.com The group also has its own Peloton hashtag: RUAlumnae

Rosen added, “In addition to programs and some fun networking opportunities, we are also looking to highlight Rutgers Law alumnae through our LinkedIn platform and to include articles of interest authored by committee members.” Santelle said the network hopes to add opportunities for social networking in the future.

Santelle said she hopes other women alumnae will join the network and share their experiences at Rutgers Law. She reflected on her law school years, “Rutgers Law prepared me for success as a litigator and practicing attorney by giving me the building blocks through traditional curriculum as well as an invaluable combination of moot court, trial advocacy and clinic experiences.  Rutgers Law prepared me for a career in law firm management, first, by providing opportunities to be a student leader while in law school and, since then, through participation and leadership in alumni organizations.”

Rosen reflected, “Rutgers Law School taught me to think like a lawyer. It also gave me the confidence through classwork and other programs like moot court and my clinic experience with a judge, to believe I could be a successful lawyer and also helped prepare me for the other parts of the practice including the business end and firm administration which can be equally important parts of the practice.:

Founding members of the Executive Board are: