Spotlight on: The Inclusion Project 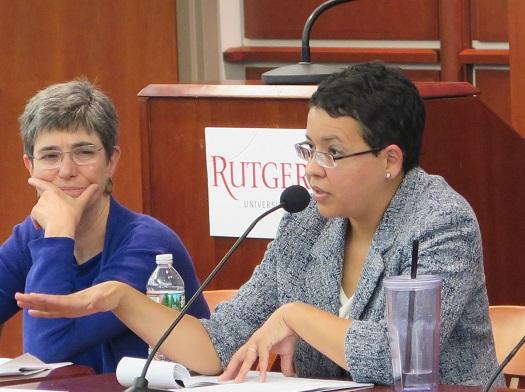 Boddie has embarked on a number of projects to rectify what she calls “one of the hardest, most complicated problems” she’s ever worked on professionally.

Through the center, she has worked collaboratively with others to challenge school segregation by race and class in public schools through a case against the state of New Jersey that was filed in 2018, on the 64th anniversary of Brown v. Board of Education.

She partnered with the Cornwall Center at Rutgers on a series of recommendations about how best to educate students in urban school systems and then worked with Cornwall to share those best practices with community members and high school students, in the hopes the state would adopt the recommendations.

Boddie also joined forces with a group of faith leaders working on racial justice reform, called Salvation and Social Justice, to hold “community think tanks” in cities including Newark and Paterson, to hear from parents, caregivers, and students about how they would like to improve their schools.

She has lectured widely across the state about school segregation-- to lawyers at the New Jersey State Bar Association’s annual convention and to superintendents, and has testified before the New Jersey Legislature’s Joint Committee on Public Schools.  In April, she discussed The Inclusion Project’s work at the American Education Research Association’s annual conference.

This year, she’s teaming up with the New Jersey Institute for Social Justice, the NJ Black Legislative Caucus, and the Harvard Kennedy School of Government on a report about the history of racial discrimination in New Jersey, as a basis for reparative justice work.  She’s also working with high school teachers, community organizers, and a student advocacy group in New York City to bring together high school students for a day-long discussion about segregation at Rutgers University-Newark.

“I know from lessons I learned as a litigator that change agents have to work on multiple fronts,” she said. “We have to connect with the communities who are most affected by the problems we’re targeting so we can learn how to best address them.”

On November 2, Boddie will be speaking on a panel at the New Jersey Performing Arts Center on the legacy of slavery. She is being honored by the Urban League of Essex County at its November 20 gala.

In addition to her work with the center, Boddie, who is a nationally-recognized civil rights scholar, continues to teach law students in her area of expertise – Constitutional Law. Boddie came to Rutgers Law School as a faculty member in 2013. Previously she was the director of litigation for the NAACP Legal Defense & Educational Fund and remains a frequent media commentator.

She’s also opened up opportunities for students to receive fellowships with The Inclusion Project. This school year, law students Alexis Miller ‘20, Jennifer Monge ‘21, and doctoral students Ajay Srikanth and Erin Santana, are researching everything from the water crisis in Newark to school lunch policies across the state, and  the experiences of students who have attended integrated schools. In addition, Emahunn Campbell '21, a law student who has a Ph.D in African American Studies, is studying the history of slavery in New Jersey for the reparative justice report.

“It’s an amazing opportunity,” said Monge, who is doing research about discrimination in New Jersey. “I felt that the mission of The Inclusion Project was relevant to me.” A native New Yorker, Monge said, “I’m very committed to the idea of making my new home a better place for everyone around it.”

“Segregation is a barrier not only to quality education and lifelong opportunity, but it also corrodes our democracy because it breeds fear and distrust of people who are different – lessons that people carry into adulthood,” she said. “But at least we have the tools to do something about it in this state. It’s way too soon to tell where this work will go. But it’s exciting; and I think it’s having an impact.”