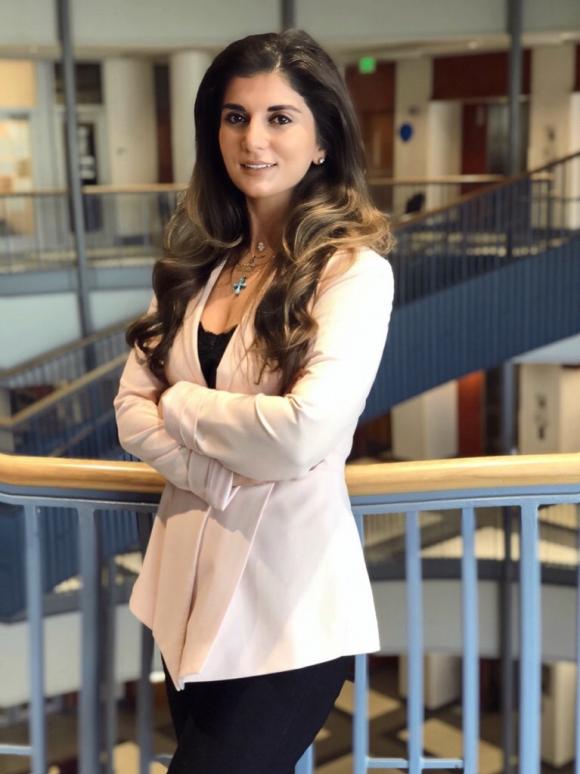 Tamara Anaie '19 was chosen for a two-year fellowship following graduation where she will be helping immigrants with their legal issues.

After she graduates from Rutgers Law School in May, Tamara Anaie will be representing immigrants who are seeking lawful status, defense from deportation and asylum, and other forms of humanitarian relief after being chosen for a prestigious Immigrant Justice Corps Fellowship.

Anaie is the Co-Editor in Chief of the Race and Law Review and the former President of the International Law Society. She was one of 27 law students nationwide chosen for the two-year fellowship. She will be working with the Center for Immigrant Representation in Jersey City.

“While in law school, I grew a particular interest in addressing the issues of immigration law against the backdrop of international human rights law,” she said.

Anaie had several experiences in law school that showcased her passion for helping people, particularly in the area of human rights. She traveled with Professor Sahar Aziz to Jordan to do research about how to best address the Syrian refugee crisis and helped co-author a policy report on the subject. She also travelled to Guantanamo Bay, Cuba to observe a hearing of a 57-year-old Iraqi man, who has been imprisoned there since 2007. She shared her observations of the hearing in a legal report for the New York Bar Association.

Professor Aziz said, “Tamara’s wealth of life experiences as an immigrant from Iraq, language skills, and strong work ethic makes her uniquely positioned to zealously advocate on behalf of immigrants’ rights.  I cannot think of a better fit for this fellowship.”

Anaie, who has worked at the United Nations, said her future goals were influenced by experiences she had at Rutgers Law. She took a class on refugees with Professor Anjum Gupta and worked on a case fighting the deportation of an immigrant rights activist through the International Human Rights Clinic.

She plans to advocate on behalf of people who are victims of human rights violations by working as an international human rights lawyer.

Anaie has an international background. She grew up in Iraq, Lebanon and Canada before moving to New Jersey, where she attended Montclair State University. She said she chose Rutgers Law School because of its dedication to public interest law. She speaks three languages.

Professor Gupta said, “Throughout her career at the law school, Tamara has shown tremendous dedication to advancing immigrants' rights and international human rights through her participation in clinics, courses, and internships. The Immigrant Justice Corps fellowship will allow her to continue this important work after graduation. I couldn't be more proud."