Won't You Be My Valentine? Couples Who Found Love at Law School

Among the late night studying, brief writing and competition for clerkships and internships, it’s hard to imagine that love can thrive at law school. But for some lucky couples, law school provided the spark that brought them together. In honor of Valentine's Day, four couples who met and got together at Rutgers Law School shared their love stories. 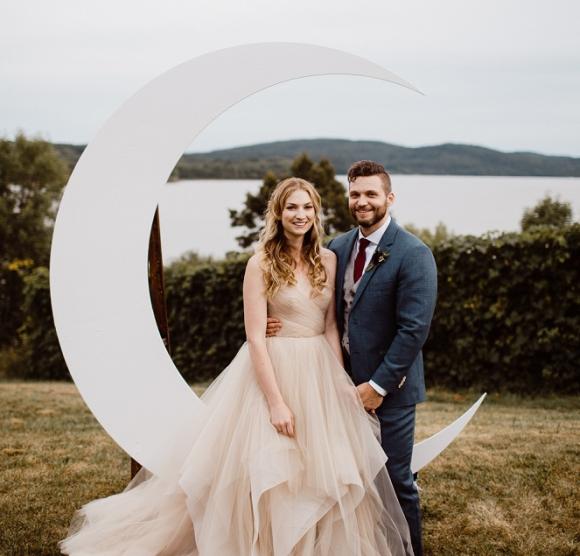 Madison Brackelmanns and Ken Franklin, both RLAW '16, met at law school orientation in Newark and were in the same track during their 1L year. They started dating at the end of their second year and got married in September 2018. “Ken and I always bonded over having some of the same interests and off-color sense of humor,” Madison recalled.

The couple found they had common interests in music, literature and a love of hiking and travel. They got engaged in the Great Smoky Mountains National Park during the eclipse of 2017 and got married in September 2018. Together, they have hiked in the Castkills and Adirondacks, in Vermont, North Carolina, Peru, and Portugal. They’re heading to France and Italy this year, and Mt. Kilimanjaro next year.

Ken said he remembered Professor Andy Rothman’s advice to students that law school can be intense and all-consuming and that relationships either thrive or fail in that environment, “Madison and I were invested in each other’s law school experience and I think that’s one of the reasons that our relationship flourished during law school.”

They each went into private practice after graduation. Madison joined a boutique construction law and business litigation firm while Ken practices in the area of venture capital and emerging growth companies. They recently added a Greater Swiss Mountain Dog named “Juniper” to their family. 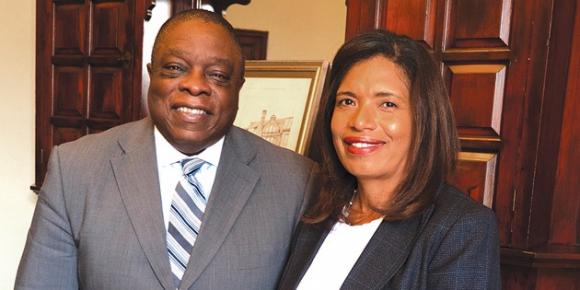 The first time Stanley King heard Sharon King’s voice was in a Tax Procedure and Fraud class at Rutgers Law School in Camden in 1992. “I heard someone in the back of the room ask a question with a very distinct Caribbean accent,” Stanley said.

A native of Brooklyn whose parents were from the British Virgin Islands, he later spoke with Sharon while they were checking their student mailboxes. He learned that she was from Trinidad, but had moved to Brooklyn when she was 11 and that they had grown up only a few blocks apart. “I thought there were too many coincidences,” she said.

Sharon earned her Rutgers Law degree in 1993, and Stanley finished in 1994. They married in 1996, the same year they started King & King LLC, a law firm based in Woodbury, New Jersey. In the 23 years since, they have become two of the most respected attorneys in South Jersey, described by a Philadelphia Inquirer headline as a “civil rights power couple” and recently awarded the prestigious Camden County Bar Foundation (CCBF) Hon. John F. Gerry Award. The Kings said while the work they do is challenging—and often financially precarious, because most of their clients do not have resources to pay unless they win their cases—they view it as a calling. “It’s rewarding,” Sharon said. “Somebody has to do it. If we don’t do it, nobody else does. There are not a lot of civil rights lawyers in this area, although there is a great need.”

The Kings credit the support they received from faculty and the Black Law Student Association (BLSA), which celebrated its 50th anniversary at Rutgers Law in Camden earlier this year, with helping them to launch legal careers. “BLSA offered an opportunity for black students to have support,” Sharon said.

While being married and having a family and working together sometimes can be a challenge, they are understanding when paperwork piles up at home. “I don’t have to make an excuse why the dining room table looks the way it does,” Stanley said. “We are equally dedicated to the kind of work we do.” 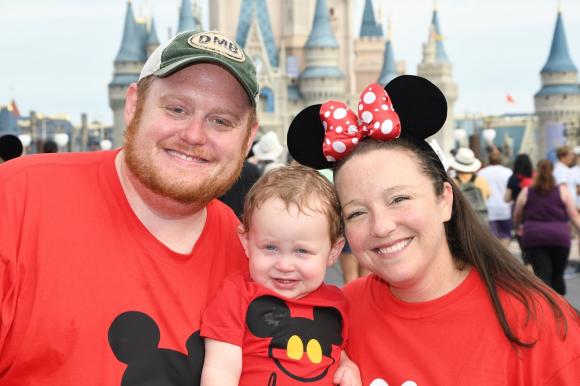 Though Sheri Ostrowitz and Josh Kleinman met in Professor Suzanne Kim’s Civil Procedure class, they got to know each other better when they shared a dance at the Barrister’s Ball in 2012. Both RLAW ’14, Josh remembers spending their first date meeting for coffee in Red Bank and walking around getting to know each other, finding out that they grew up in neighboring towns in New Jersey.

They dated for three years before getting married in 2016. After graduation Josh Kleinman worked as a civil litigation attorney, started his own practice and became Of Counsel at another firm. Sheri practiced as a commercial creditors attorney but is taking some time off to raise their son Isaac, who is 17 months old. The couple lives in Manalapan.

The Kleinmans said being in law school together helped them recognize each other’s differences. Sheri recalled “I worked really hard to prepare, stressed out over getting called on in class, wanted to know everything ahead of time, and spent most of my time in the library.” In contract, she claims Josh was a quick learner who enjoyed the Socratic method, loved to speak in class and often spent his free time at McGovern’s Pub.

“Law school makes relationships super hard,” Josh admitted. “Although maybe it does promote love and relationships, because if you can survive law school together, then marriage should be a slice of cake.” 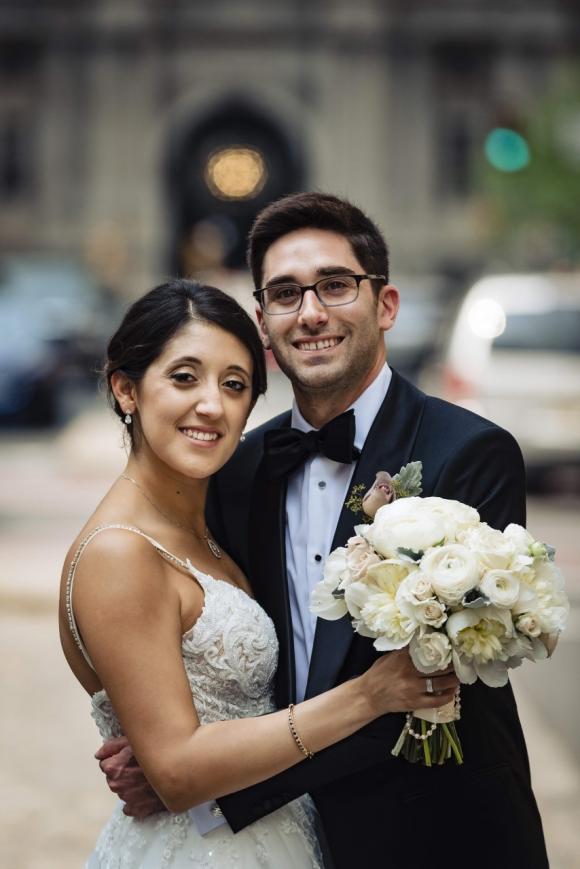 Melisssa Martinez RLAW ’16 and Jared Dorfman RLAW ’15 hadn’t even started at Rutgers Law School in Camden yet when they met in contracts class during the summer Jumpstart program.

Melissa said she sat in the front row while Jared sat in the back row. She raised her hand a lot and he was the student who made everyone laugh, Melissa recalled. During their second year of law school, after sharing many study group sessions, Jared asked Melissa to be his date to the Barristers Ball. During their second and third years, she said they leaned on each other to get through their most challenging classes and then the bar exam. Melissa also earned her MBA through Rutgers Law School's joint JD/MBA program.

“Jared has gone from being my classmate, to my best friend, to my boyfriend, to my husband,” reflected Melissa. “I never thought I would find my husband in my first law school class. We became adults together and saw the best and worst sides of each other during that time.”

After graduation, Jared clerked for the Hon. Philip Haines in Burlington County and then started working as a public defender, while Melissa started as a bankruptcy and restructuring associate at Saul Ewing Arnstein & Lehr in Philadelphia. Both are still at their first jobs out of school.  They got married in Philadelphia in June 2019. He said, “I went to Rutgers to get my JD and left with a lot more.”

If you are part of a couple that met and got married at law school and would like to be featured in next year's Valentine's Day story, please email: e.moore@law.rutgers.edu