"Waking up to the wonderful news that The Supreme Court sided with the Dreamers feels great. It cements the belief that when people demonstrate their support for a cause, government is forced to act." 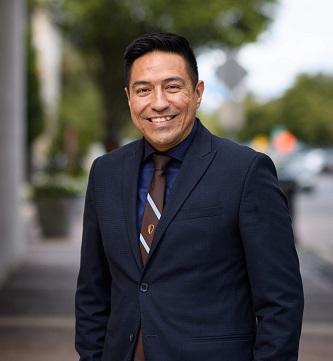 In the wake of the protests that have swept the nation in recent weeks, shedding light at long last on the racial injustices so pervasive in our country’s policing system, the authors would like to acknowledge that the spirit of community activism has always been alive at Rutgers-Camden. We salute our colleagues and professors who are taking to the streets for the first time in their lives, those who are returning to the streets, and protestors at large. Black Lives Matter.

Most of the things that we learn in law school tend to be conceptual. We learn legal concepts removed from scenarios that we may encounter out in the wild after graduation. Only on very few occasions do we get to experience law making at its core. When I heard that the Supreme Court would be hearing Department of Homeland Security v. Regents of the University of California, (aka, the “DACA Case”) I knew that I needed to go to SCOTUS and do my part in support of the Dreamers.

As the president of the Immigration Law Society and as an immigrant, I have first hand experience of the hardships and obstacles faced by those who come to America in search of a better life. Many Dreamers arrived here as children; America is the only country that they know and love. They do not get any social benefits, except for a work permit. They seek only to be a productive part of society. By keeping them undocumented, we push them towards the fringes of society, and allow them to be victimized and exploited by unscrupulous people. This is why the DACA case is so significant to me.

We decided that we needed to make our voices heard. In collaboration with the American Constitution Society in Rutgers Law-Newark, and thanks to Dean Rose Cuison-Villazor, we were granted a bus to transport students to Washington D.C.

The Capitol was abuzz that morning. You could tell that there was something big happening. As we approached the area where the Supreme Court sits, we encountered thousands of people from all over the country, congregating there to support the Dreamers. To me, this was an example of what is beautiful about America: people standing up for their ideals, expressing discontent with injustice.

The highlight of the day was when the Speaker of the House of Representatives, Nancy Pelosi, took the stage to express her support for the Dreamers. As she walked through the crowd after her speech, I asked her for a picture and she gracefully obliged. That picture symbolizes so much to me. It encapsulates “The Land of Opportunity,” where an immigrant like me can work hard, make it to law school, and in the process of standing up to injustice, meet the third most powerful person in the United States.

The importance of our actions that day cannot be quantified. I am grateful to Rutgers Law School for providing students with a platform to pursue causes, and be the difference that we want to see in the world.

Update from decision day: Waking up to the wonderful news that the Supreme Court sided with Dreamers feels great. It cements the belief that when people demonstrate their support for a cause, the government is forced to act.

In accord with recent developments against police brutality, this decision provides hope for the fundamental societal function of resistance. When laws and rules go against the ideals and morals of the people, we must act to make our voices heard. It is our responsibility as the American people to stand up for the oppressed and underrepresented against injustice. We must continue to fight until all lives are equally respected and valued in our society. 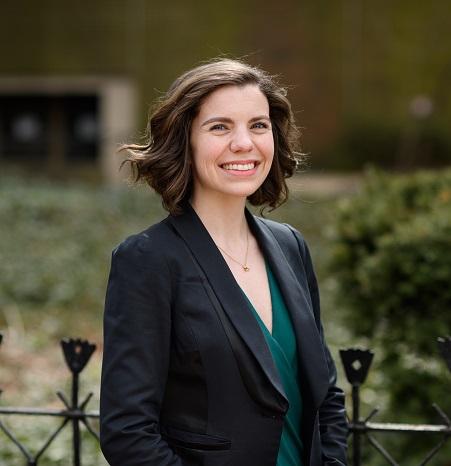 Below, Kate Doyle RLAW '22 explains why she went to the Supreme Court on behalf of If/When/How

Edwin’s organizing efforts around Department of Homeland Security v. Regents of the University of California partly inspired If/When/How’s trip to D.C.--thanks, Edwin! Because I had seen the success of the Immigration Law Society’s rally, I knew what I had to do when SCOTUS granted certiorari in June Medical Services, LLC. v. Russo. June Medical is the first abortion case this Court has heard, and its outcome will largely determine the future of abortion access in America. I knew my student organization, If/When/How, had to organize.

It was necessary to form a union of as many law students as possible for the day of the oral arguments. This unified force would represent the future of the legal profession, and we’d make it clear that we are ready to fight legal battles for reproductive access. Part of this action involved coordinating with other If/When/How chapters that would be present for the rally. Of course, we were also there to support the plaintiff!

On March 4, sixteen members of the Rutgers-Camden community made our way to the steps of SCOTUS. As we walked into the swell of hundreds of sign-carrying, chanting supporters, I saw the first abortion provider I’d hired at my last job, Dr. R., leaving the speaker’s stage. She had just finished addressing an audience whose members included Representatives Ayanna Pressley and Rashida Tlaib--meanwhile, I was having flashbacks of misspelling her name on her I9 years ago. Dr. R and I hugged in the crowd. If ever I’ve had an affirmining moment since starting law school, it was then. In that second, I knew I was exactly where I was meant to be.

At the start of my 1L year, there was no student organization at Rutgers-Camden centered on achieving reproductive justice. I’m indebted to the Deans, faculty, and student body who recognized this gap in our programming, and supported me in forming If/When/How, and later, in getting our fledgling organization to the Supreme Court. Rutgers has allowed me to act as a change agent, and has provided me with avenues to pursue those changes.

Update pending decision: The decision in June Medical is due out any day now. A poor outcome will disproportionately impact Black women; according to U.S. census data, in 2018, 32.4% of Louisiana (where June Medical is based) identified as Black, compared to 12.7% of the U.S. population overall. The CDC tells us that in 2015, Black women in Louisiana accessed 62% of the abortions performed in the state that year. Any abortion restriction the Court allows to be imposed will be a severe blow to an already marginalized community.

When a Black woman does have a child, she bears the burden of watching her baby walk through the world knowing that for any reason, police could gun that child down in the street. Playing with a toy gun. Driving his family home. Buying groceries. Sleeping in bed.

Reproductive justice in part means creating a world in which families can raise their children in safe communities. Are you using your voice to achieve this vision? Black Lives Matter.

Edwin Casas Prieto RLAW '21
Edwin Casas Prieto is second year law student at Rutgers Law School Camden, where he performs the roles of Immigration Law Society President, and Immigrant Rights fellow. He also works part-time during the school year at AFSC a non-profit that provides legal representation for indigent and low-income immigrants. During his time at AFSC, Edwin has assisted attorneys in successful asylum claims, cancelation of removal proceedings, and U-Visa applications. He attended South Side high School in Rockville Centre Long Island; he received his bachelor’s degree in criminal justice from John Jay College of Criminal Justice. He currently lives in Middlesex County with his wife, son and doggy. In 2018, he moved with his wife from New York to New Jersey, they bought a house, had their first child, and he started law school.

Kate Doyle is a rising 2L student at Rutgers Law School in Camden, currently interning at the Women's Law Project in Philadelphia.