"Something like fighting for undocumented people touches every aspect of the law and should be intertwined into every social-minded law student’s discussion around issues." 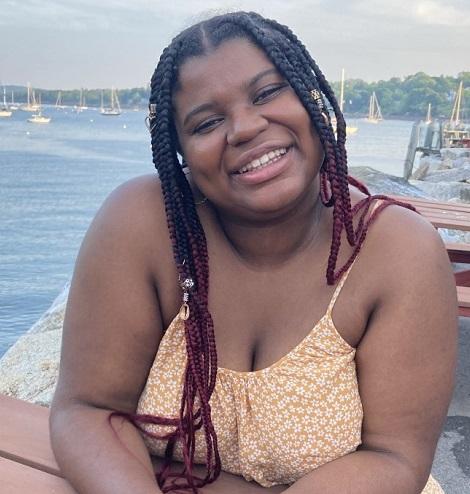 "Rutgers has empowered me to build bridges between these legal areas, using my skills to help undocumented people with issues like housing and food insecurity."

The past year has brought unshakable amounts of heart ache to everyone in our community, but especially to our undocumented neighbors. From the COVID-19 pandemic to various natural disasters that left many without work or shelter, undocumented people are the first excluded from help during these times of need. Yet the organizations that can help them are often limited to assisting them with “immigration work”. Throughout my time at Rutgers Law, I’ve grappled with this silo effect that often forces students to choose, for example, between the Race and the Law Journal and the Human Rights Journal, or the Immigrant Rights and Juvenile Rights Clinic. In my mind, these fields are interconnected.

Rutgers has empowered me to build bridges between these legal areas, using my skills to help undocumented people with issues like housing and food insecurity. In my Critical Race Theory class with Dean Cuison-Villazor, for example, I conducted research on the effects of eviction laws on undocumented people. In interviewing organizers and attorneys, I found that while a fear of eviction proceedings was on the top of many people’s minds, they also fear predatory landlords who target undocumented people due to their sensitive position in the legal system. And how do these landlords find these people? Through a usually racist lens of who they believe to be undocumented: someone who looks a certain way or has limited English proficiency. Thus, the struggles of undocumented people are not simply an immigration law issue, but rather a critical race issue that needs to be studied with that lens. Any solutions for the issue need to directly answer to these racist undertones but that may not be considered due to this silo.

In addition, over my 1L summer I worked at Make the Road NJ as a Maida fellow. I worked on asylum cases for non-incarcerated community members in Northern New Jersey, but that did not feel like my whole job. There was a whole political organizing arm to gain wins for those communities like the excluded New Jerseyans funds that now aims to provide financial assistance to undocumented people who were originally excluded. Now, as an intern with the Deportation and Detention Defense Initiative in the Immigrant Rights Clinic, I work on cases for detained or previously detained asylum seekers. But this is not without a social work element, like having to coordinate with classmates to gather donations for recently released clients who are searching for housing and food.

I’ve been so fortunate to have the opportunity to blend my skills and knowledge to help New Jerseyans in different ways and I hope that this silo effect of advocacy is short-lived. Something like fighting for undocumented people touches every aspect of the law and should be intertwined into every social-minded law student’s discussion around issues.

Melody Magly is a 2L at Rutgers Law School. She is the president of the National Lawyers Guild – Rutgers, Newark Chapter and the secretary of the Association of Black Law Students. She is also a member of the Housing Rights Coalition. She is currently interning at the Deportation & Detention Defense Initiative within the Immigrants’ Rights Clinic at the Law School. In the summer of 2022, she will be working in the Immigration Unit at Brooklyn Defender Services.