"Rutgers has given me the course work and the real work experience to enter the workforce as a well-rounded and capable attorney." 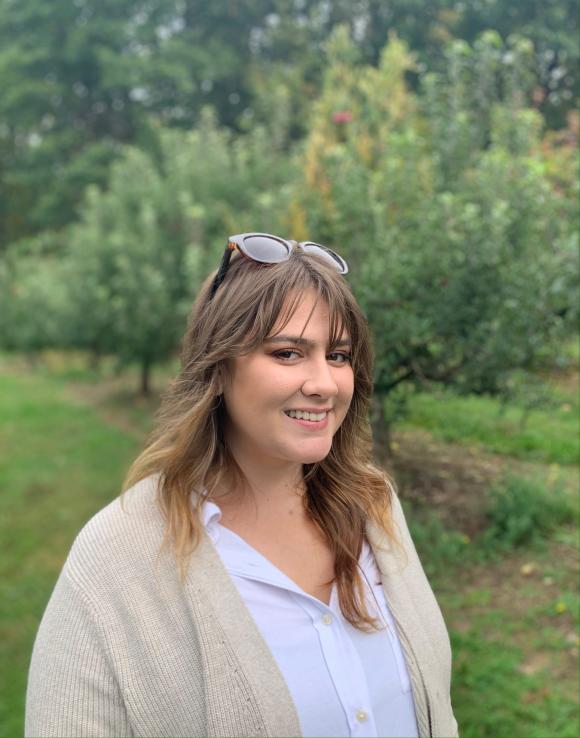 " In the Mortgage Foreclosure Clinic at Rutgers, I have been able to advocate for my client and practice foreclosure law under a supervising attorney."

I don’t think there was ever an exact moment when I decided to be a lawyer. What I do remember was when I was about 3, I wanted to be a bat. Yes – a bat, like the animal. However, these dreams were quickly squashed when I was in preschool and realized I had a terrible fear of heights, and therefore would not be able to fly as bats do. As my young mind began to explore other career paths, I decided I wanted a future career where I would make the world a better place. Somehow, I concluded that becoming a lawyer would be a suitable choice.

In pursuit of my law degree, I chose to go to Syracuse University for my undergraduate degree where I originally majored in political science at the Maxwell School of Citizenship and Public Policy. In my sophomore year, I added a geography major to learn more about people and their relationship to where they live. The study of geography has given me a further understanding of communities. It also stressed the importance of having empathy when working with members of a community. This is something that has been incredibly important in my clinic work, where I have represented clients who face losing their homes.

Now as a Rutgers Law 3L Student, I have had the opportunity to live out my dream. I have survived 2 and almost ½ years of law school where my classwork has included courses to prepare me for the bar exam. Additionally, I have been able to take classes surrounding topics that interest me, such as South African Constitutional Law and Sex Crimes.  I have had several internships where I experienced writing briefs, interacting with clients, and learning criminal, family, and probate law. In the Mortgage Foreclosure Clinic at Rutgers, I have been able to advocate for my client and practice foreclosure law under a supervising attorney. As the Senior Note Editor of the Women’s Rights Law Reporter, founded by former Rutgers Law Professor Ruth Bader Ginsburg, I have learned the ins and outs of the ever-important Bluebook, as well as how to effectively conduct legal research.

Rutgers has given me the course work and the real work experience to enter the workforce as a well rounded and capable attorney. It is hard to believe that in a few short months I will take the final “step” and take the bar exam to officially become Riley Anderson, Esq.  I am so happy that the one step towards my goal of getting a law degree was choosing Rutgers Law School – Camden.

Riley Anderson (she/her) is a 3L  at Rutgers Law School – Camden. Outside of the classroom she spends time planning events and fundraisers as the Family Law Society President and overseeing spading as the Senior Notes Editor of the Women’s Rights Law Reporter. Her hobbies include hiking, cooking, and traveling. Riley chose Rutgers Law – Camden because of its proximity to Philadelphia, the community environment of the law school.