"We are also mindful that there is no more appropriate moment to honor Justice Ginsburg’s life and unparalleled achievements as a preeminent American jurist and celebrate her near-decade of service to the students here at Rutgers Law School." 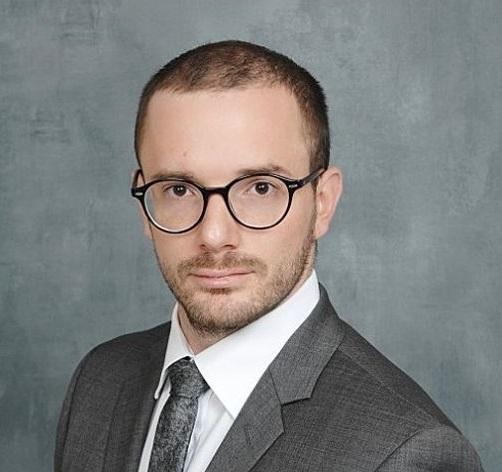 "The Rutgers Law School Student Bar Association, therefore, calls upon the administration to find an appropriate way to honor her legacy. "

We, the students of Rutgers Law School - Newark, join the rest of the nation in mourning the passing of Justice Ruth Bader Ginsburg.  The community also expresses our deepest condolences to Justice Ginsburg’s family and those loved ones she has left behind.  In these sad days we are also mindful that there is no more appropriate moment to honor Justice Ginsburg’s life and unparalleled achievements as a preeminent American jurist and celebrate her near-decade of service to the students here at Rutgers Law School.  To this end, we note the following examples of the indelible impression Justice Ginsburg left on our Rutgers community.

In 1963, fresh off a two-year clerkship with Judge Edmund Palmieri in the Southern District of New York, and an interim research associateship at Columbia Law, Ruth Bader Ginsburg received her first title, Professor, from Rutgers Law School.  At the time, she was the 14th woman to earn a professorship at an American law school.  In more than one way, Rutgers was a natural fit for then-Professor Ginsburg.  As she would later recall in interviews, prior to 1971, a woman could not receive a credit card without her husband’s approval.  However, at Rutgers Law School, she would teach a student body where 40% of the students were female.

When Professor Ginsburg joined Rutgers, she encountered the rare situation of finding another woman law professor﹘Eva Hanks﹘already on the faculty.  This was exceptional because at that time only two other law schools had more than one female professor.  Justice Ginsburg would later remark: “Rutgers was surely ahead of the pack, for I was the second woman to be hired as a law teacher at this school.  Eva Hanks was the first.  She came on board the year before, in 1962.  She was a great and good friend, tipping me off to the ways of the Brethren here, much as Sandra Day O’Connor did when I was new on the Supreme Court.”

Professor Ginsburg taught Rutgers Law students in the areas of Remedies, Civil Procedure, and Comparative Procedure.  In a recent video, published to celebrate Rutgers University’s 250th anniversary, Justice Ginsburg gave credit to her students for sparking her interest in gender issues.  “In 1969, several students asked if the school could offer a seminar on women and the law,” she said. “I headed to the library; there was precious little about women’s place in a world where all the doers and actors were male.”

In 1970, Justice Ginsburg served as the inaugural advisor for the newly formed Women’s Rights Law Reporter, “the first legal periodical in the United States to focus exclusively on the field of women's rights law.”  This spark ignited Justice Ginsburg’s lifelong passion for achieving gender equality during a time when this concept was considered foreign and unpopular.  In preparation for the landmark case of Reed v. Reed, 404 U.S. 71 (1971), then-Professor Ginsburg authored the brief that presented the then-novel idea of applying the Equal Protection Clause of the Fourteenth Amendment to strike down laws that discriminate based on gender.

Inspired by the work and research Justice Ginsburg completed on women’s rights and gender equality while teaching at Rutgers Law, her journey and fight for equality continued when she began taking gender discrimination cases at the New Jersey affiliate of the ACLU.

Following the legacy she started at Rutger Law, Justice Ginsburg founded the ACLU Women’s Rights Project in 1972.  Within just three years of starting the Comparative Procedure seminar and advising the Women’s Rights Law Reporter while at Rutgers Law, she would argue gender discrimination cases with the ACLU before the Supreme Court.  These are just some of the countless examples of Justice Ginsburg championing gender equality, a concept ingrained in our society.

She brought our society out of a time where disqualification on the basis of gender was the norm, and she led us into a society that continues to strive for the principles guaranteed in our Constitution - life, liberty and the pursuit of happiness with equal protection under the law, for all.  The Rutgers Law School Student Bar Association, therefore, calls upon the administration to find an appropriate way to honor her legacy.

Tom Mulvaney is a Rutgers Law Student in Newark, New Jersey graduation May, 2021 and acting President of the Student Bar Association.  Tom obtained his undergraduate degree from Rutgers University in New Brunswick, New Jersey in Political Science and History.