"The most important lesson I’ve learned is that we need advocates, innovators, leaders and – sometimes – just good listeners." 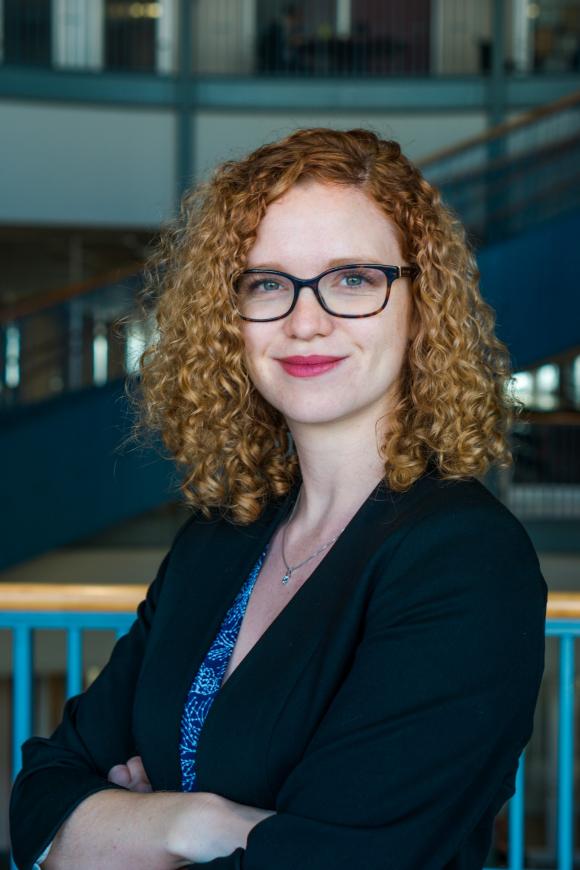 Chandler said Prof. Villazor's Immigration Law course was "an example of how a little inspiration and a good professor can ignite your passion and curiosity."

Five years ago I had a fantastic job editing promos for a major international news and entertainment network. My coworkers were hilarious, my work creative, and my lifestyle bustling. If you had told me then that in December of 2018 I would be attending workshops on border crossing accompaniment in the midst of my 3L law school exams, I would have stared at you blankly.

My life trajectory changed dramatically following the protests in Ferguson, Missouri. I found myself spending eight hours a day in a great job but coming home feeling frustrated about the country at large. Soon I was studying for the LSAT. I wasn’t sure what I was going to law school to do, but I wanted to flip the script and spend my days working on making the world a better place — or at least trying to.

I was born and raised in Thailand. Despite having the passport and citizenship from birth, I did not live in America until I was 17 years old. The immigration debate was one I shied away from because of guilt. I had more claim to the American Dream, it seemed, than people who had lived their whole lives here. And nearly two years into the current administration’s attack on immigrants, I thought the whole immigration system was an insurmountable political terror. So at the beginning of my 3L year, I was not going to take Immigration Law. But then a class I signed up for got canceled and a friend was very persuasive in getting me to sign up. Professor Rose Cuison Villazor and the Center for Immigration Law, Policy and Justice (CILPJ) completely changed my mind on immigration law. And possibly my life.

Professor Villazor’s class was an example of how a little inspiration and a good professor can ignite your passion and curiosity. Through her encouragement, I attended CILPJ lectures on the Chinese Exclusion Act and got to sit down with the author and journalist Jose Antonio Vargas to talk about his book in a small group setting. Through her class, I attended a seminar led by Ravi Ragbir and the New Sanctuary Coalition about migrant assistance and accompaniment work. I soon found myself on Tuesdays working with people seeking immigration assistance at an NYU Immigration Assistance clinic and taking workshops on how to accompany an asylum seeker at the San Diego-Tijuana border.

Immigration touches on every aspect of life. It is in the collateral consequences in court, access to medicine or financial aid, the languages we learn and in the communities we move through. As a law student, Professor Villazor and the CILPJ helped shine a light on how interconnected the areas of law are to one another. As a future lawyer, I will be a better advocate for their teachings. As an American, my appreciation for my family’s history and the story of migration every person carries has grown infinitely.

The most important lesson I’ve learned is that we need advocates, innovators, leaders and – sometimes – just good listeners. My professors and peers at Rutgers Law School have embodied this mission fully. While I do not know what the future holds, whether I will be advocating for incarcerated persons, keeping families united, or protecting vulnerable people in the age of climate change, I do know that Rutgers Law School will be at my side and have my back.

Sierra Chandler is a graduating 3L at Rutgers Law School’s Newark campus. She was born and raised in Thailand before moving to the United States at 17. She graduated magna cum laude from Pace University with a B.A. in Directing and Film Studies. As a law student, Sierra has interned at NJ LEEP, the NYC Department of Education, and was a Wenk Fellow at the ACLU of New Jersey. She participated in the Education and Health Law Clinic her 2L year and the Criminal and Youth Justice Clinic currently. She is currently serving as an Associate Editor on the Women’s Rights Law Reporter and conducting research in environmental law for a Rutgers professor. After graduation Sierra will be clerking in the Bergen County Family Court.