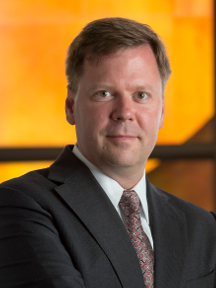 John Oberdiek writes in tort theory and law and philosophy more broadly and is the author of Imposing Risk: A Normative Framework (Oxford 2017). He has been a Laurance S. Rockefeller Visiting Fellow at the University Center for Human Values at Princeton and is Co-Editor-in-Chief of the peer-reviewed journal Law and Philosophy as well as Co-Director of the Rutgers Institute for Law and Philosophy.

John Oberdiek writes and teaches in torts and tort theory, private law theory generally, as well as legal, political, and moral philosophy, and has won awards for both his scholarship and teaching. He is a graduate of Middlebury College, and studied philosophy and law as a post-graduate at Oxford, NYU, and the University of Pennsylvania. Prior to joining the Rutgers faculty in 2004, he practiced law at Arnold & Porter in Washington, D.C.

Professor Oberdiek has presented his work widely in colloquia, including at Yale, Harvard, and Virginia, and at major conferences, including Kings College London's Moral Values and Private Law conference, Northwestern's Society for the Theory of Ethics and Politics conference, the North American Workshop in Private Law Theory, and the Analytic Legal Philosophy Conference. He is a past chair of the AALS's sections on both Jurisprudence and Scholarship. He has been a Laurance S. Rockefeller Visiting Fellow in the University Center for Human Values at Princeton as well as a visiting professor at the University of Graz, Austria. He served for two years as Acting Dean and then Acting Co-Dean, helping to lead the merger that created Rutgers Law School, following a two-year term as Vice Dean.

In addition, Professor Oberdiek is Associate Graduate Faculty in the Rutgers-New Brunswick Philosophy Department, a Faculty Affiliate of the Rutgers Center for Population-Level Bioethics, and a Director of the Rutgers Institute for Law and Philosophy, under whose auspices he has organized several major conferences. He is also Co-Editor of the peer-reviewed professional journal Law and Philosophy, Co-Editor of the biennial series of articles Oxford Studies in Private Law Theory as well as the Oxford Private Law Theory book series, a member of the Editorial Board of Legal Theory, a Fellow of the American Bar Foundation, and both a member of the American Law Institute and an Adviser to the ALI's Restatement (Fourth) of Property.

Arguing About Law (Routledge, 2009) (600-page anthology of leading articles in philosophy of law and jurisprudence with significant editorial content, co-edited with Aileen Kavanagh)

Articles, Chapters, and Other Publications:

"It's Something Personal: On the Relationality of Duty and Civil Wrongs," in Paul Miller and John Oberdiek (eds.), Civil Wrongs and Justice in Private Law (Oxford, 2020)

"Putting (and Keeping) Proximate Cause in its Place," in Kimberly Kessler Ferzan and Stephen Morse (eds.), Legal, Moral, and Metaphysical Truths: The Philosophy of Michael S. Moore (Oxford, 2016)

"The Ideal of Justice," 5 Jurisprudence 363 (December 2014) (symposium on Amartya Sen's The Idea of Justice, with reply by Sen)

"Structure and Justification in Contractualist Tort Theory," in John Oberdiek (ed.), Philosophical Foundations of the Law of Torts (Oxford, 2014)

"The Ethics in Risk Regulation: Towards a Contractualist Re-Orientation," 36 Rutgers Law Journal 199 (2004) (symposium)

"Lost in Moral Space: On the Infringing/Violating Distinction and its Place in the Theory of Rights," 23 Law and Philosophy 325 (2004)

"The Trouble with Trespass"

"Personal Interests and the Foundation of Relational Duties" (with Robert Mullins)