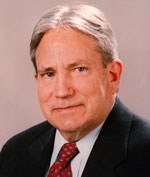 Professor Norman Cantor taught Constitutional Law, Labor Law, Contracts and Bioethics while at Rutgers Law School from 1970 until his retirement in 2005. He has been widely published in legal and medical journals on the topic of dying medical patients and has published several books on the issue.

Professor Cantor taught at Rutgers School of Law–Newark in the fields of Constitutional Law, Contracts, and Bioethics (Death and Dying) . He joined the Rutgers faculty in 1970 and became a Professor Emeritus in July 2005. He has been widely published in legal and medical journals on the topic of the legal handling of dying medical patients. His fourth book, After We Die: The Life and Times of the Human Cadaver, was published by Georgetown University Press in 2010. His prior books are Making Medical Decisions for the Profoundly Mentally Disabled (2005, paperback ed. 2009), Advance Directives and the Pursuit of Death with Dignity (1993), and Legal Frontiers of Death and Dying (1987). His most recent focus is on avoidance of protracted maintenance in a deeply demented state.  For example, see "On Avoiding Deep Dementia," 48:4 Hastings Center Report (July/August 2018), 15-27.