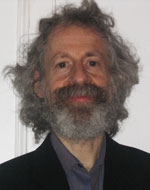 Louis Raveson ’76 is an expert in evidence, criminal and civil trial advocacy, and contracts. He was the assistant commissioner in the state Dept. of the Public Advocate and practiced law with the ACLU Prisoners Rights Project and Newark Legal Services. At Rutgers, he started the Environmental Law Clinic and worked in the Urban Legal Clinic.

Professor Raveson is a 1976 graduate of Rutgers School of Law–Newark, where he was a member of the Law Review. After graduation, he clerked for Judge Phillip Forman on the U.S. Court of Appeals for the Third Circuit, and then practiced with the ACLU Prisoners’ Rights Project and Essex-Newark Legal Services. He also was a staff attorney in the Urban Legal Clinic prior to his appointment to the faculty in 1981, and served as director of that clinic from 1993 to 2001. In 1985, Professor Raveson established the Environmental Law Clinic, then only the second such law school clinic in the nation.

Professor Raveson has litigated countless trials in state and federal court, and numerous appeals before the New Jersey Supreme Court and the Second and Third Circuits, including Right to Choose v. Byrne, successfully challenging the constitutionality of restrictions on Medicaid funding for abortions and expanding the use of state constitutions as independent sources of protection of individual rights; an action successfully challenging the constitutionality of a law restricting street vending; a case defining the parameters of the judicial contempt power, a topic on which he has published a series of law review articles; an action arguing for the recognition of a constitutional right to shelter for the homeless; several HIV discrimination actions; the defense of an attorney facing disbarment; and a case seeking to enforce a judgment against a Swiss bank for $124 billion, then the largest judgment in U.S. history. Professor Raveson also served as co-counsel in Karcher v. May in the U.S. Supreme Court, a successful challenge to New Jersey’s “moment of silence” law. He also served as co-counsel representing Rubin “Hurricane” Carter in a successful federal civil rights action, and in his federal habeas action, which resulted in the reversal of his conviction after 17 years in prison.  Professor Raveson has also specialized in litigating police brutality cases, including a class action against the City of Newark, and actions seeking redress for wrongful death resulting from unjustified police shootings.

In 2001, Professor Raveson took a leave for several years to establish and run an international solar energy company. During a prior leave, from 1985-1987, he served as the Assistant Commissioner of the New Jersey Department of the Public Advocate. Professor Raveson has also served on the New Jersey Supreme Court Committees on Complementary Dispute Resolution and Civil Practice.  He is a frequent commentator on legal issues in the news.