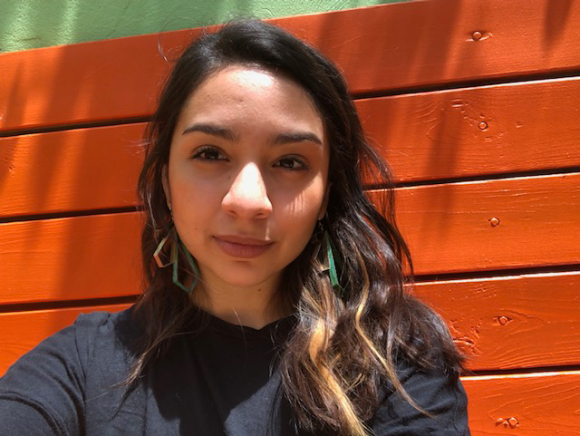 "Law school will provide the knowledge and tools necessary for me to be a resource to my community," said Zerda.

Rutgers Law School's 2019 incoming class of students is a fascinating, eclectic, and diverse group. One of our 409 new students is Viktoria Zerda, who came to our Camden location from Texas.

I am from San Antonio, Texas and I attended The University of Texas at San Antonio where I got a B.A. degree in Anthropology. At UTSA, I co-founded a nonprofit organization called MOVE San Antonio that is now MOVE Texas that was meant to address issues of voter disenfranchisement.

Before I came to Rutgers Law I was working at an environmental advocacy nonprofit in Center City, Philadelphia. The organization worked around issues of lead poisoning and fracking during the time I was working there. I was also organizing around and writing about Central Migration through Mexico, specifically the experiences of unaccompanied minors, and the realities of migration in the Borderlands. I have a forthcoming article coming out in October, titled "Coyote Commune," about some of that work and the politics behind the creation of what is now being called a crisis.

I chose to come to law school because I grew up in a family of farmworkers in South Texas who were active in the struggles for Chicanx rights and worker rights. Growing up in that environment I didn’t really have a choice about what I was going to do. I was forced to confront just how dire and urgent the need for good lawyers was and how few there were who were willing to help the communities my family is apart of. Most of my family could not obtain the education necessary to pursue college or professional degrees, so I knew this was the path I wanted to take from a very young age. My work with unaccompanied children from Central America also solidified that passion and urgency.

I also became interested in the Social Justice Program at Rutgers Law because I hadn’t seen anything like it at any of the other schools I applied to. I really appreciated the effort that was being given to public interest law, and that’s something that I obviously have an interest in. It really caught my attention and from there I started researching faculty and the mission of SJS and it was just an awesome opportunity. It’s not even one month into the semester and it’s been such a helpful community. It’s really important that in these times we live in that there are people working to build community and power for those communities who have been historically alienated and marginalized.

I want to leave law school with the ability to empower communities I’ve personally experienced being heavily marginalized and exploited. Law school will provide the knowledge and tools necessary for me to be a resource to my community and that is really what I want to take from this experience.