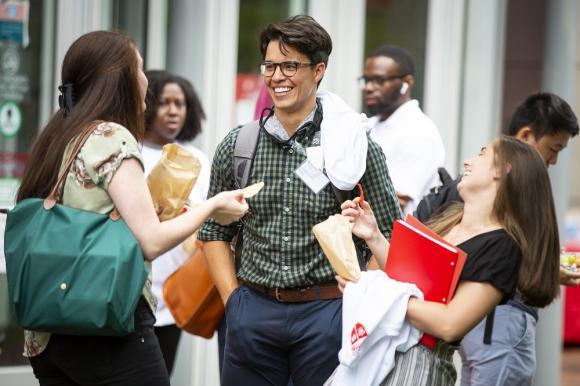 Students enjoyed an outdoor picnic during orientation before the fall semester began.

There was an air of celebration and optimism as Rutgers Law School students arrived in Newark and Camden for orientation, before classes began on Monday, August 23. After the 2020-21 school year was virtual, the return to in-person learning was a welcome and exciting moment for all.

Rutgers Law’s 484 new students are an incredibly diverse and dynamic group and one of its largest incoming classes yet.
•    They represent nearly every state in the union, some from as far away as California, Texas, Arizona, Washington and Wyoming.
•    Some of the new students were born around the world, from countries that include China, Nigeria, India, Brazil, Morocco, Colombia, Jordan, Kenya and the Ukraine. Many speak languages besides English, including Arabic, Portuguese, Korean, Italian and Yiddish.
•    The class is split nearly evenly between students who identify as male and those who    identify as female
•    Approximately 35% of the incoming students identify as people of color.
•    The new law students attended a variety of colleges and universities, and more than 10% already have advanced degrees.
•     They also came from a variety of professions, including banking and financial analysts, a coffee roaster, paramedics and other health professionals, chemists and research scientists, a Presidential Library museum curator, teachers, law enforcement, and information technology experts.
•    Several of the students are current or former members of the military.

With this year’s entering class, the total enrollment for Rutgers Law is over 1,200 students making Rutgers one of the largest law schools on the East Coast.

Though the majority of students will be learning in person this year, Rutgers Law School, along with the rest of the Rutgers locations, is following safety protocol that includes students wearing masks inside the law school buildings and refraining from eating in classrooms this year.

The 1L students aren’t the only new people campus. Rutgers Law in Newark welcomes two new professors, Jacob Victor and Anibal Rosario Lebrón. Victor, who will be an Assistant Professor of Law, was previously at Albany Law School. He will be teaching Property Law and Intellectual Property-related courses. Lebrón, who will be an Assistant Clinical Professor of Law, previously worked at Howard Law School. He will be teaching in the Legal, Analysis, Writing, and Skills (LAWRS) program.

In addition to the two new professors, Rutgers Law School in Newark will be led by interim Co-Dean Rose Cuison-Villazor, who is the first female Asian-American dean at Rutgers Law and the first Filipina-American Dean of a U.S. law school. She and Co-Dean Kimberly Mutcherson in Camden lead a new slate of administrators who reflect the strength of the school’s female leadership and diverse faculty.

Incoming students in both Newark and Camden participated in small group discussions facilitated by faculty to discuss the book “The New Jim Crow.” And, for the first time ever, faculty are teaching a one-unit class on Law and Inequality. During orientation, new students also attended an anti-bias workshop hosted by The Perception Institute.

As part of the orientation program, students heard from upper-division law students, alumni, and law school deans – who advised them on everything from character and fitness, to study skills, and clinic and pro bono opportunities. Welcome picnics and an ice cream social for new students were held outside to allow students more freedom in socializing.

New students in Camden and Newark took the New Jersey State Bar Association Lawyer’s Pledge and promised to “serve, protect, foster and promote the fair and impartial administration of justice.” 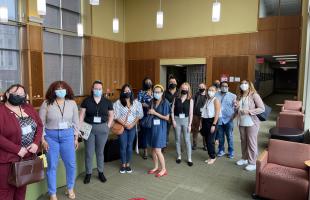 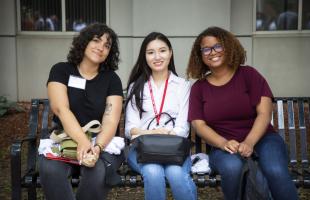 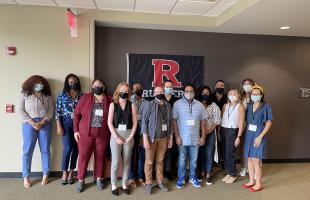 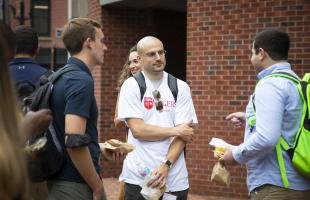 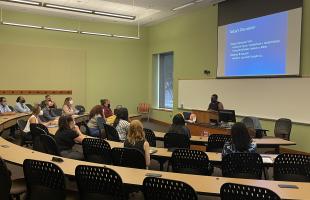 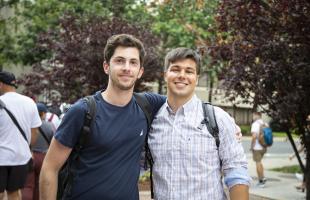 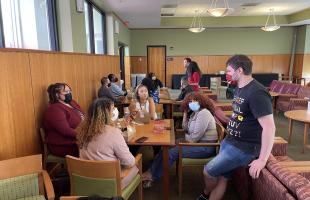 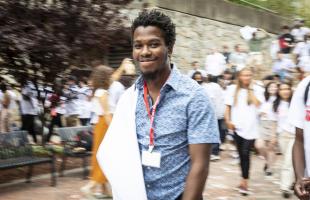