Increasing access to justice for low-income parents of children with disabilities.

The Education and Health Law Clinic (EHLC) provides free legal representation to low-income parents of children with disabilities in special education, early intervention, and school discipline matters. H.E.A.L. Collaborative, a joint project of the EHLC and Rutgers-N.J. Medical School’s outpatient Pediatric Primary Care Clinic, is a medical-legal-social work partnership in which graduate students in law, social work and medicine partner to address the adverse effects of social determinants on the health and well-being of children with disabilities and their families. 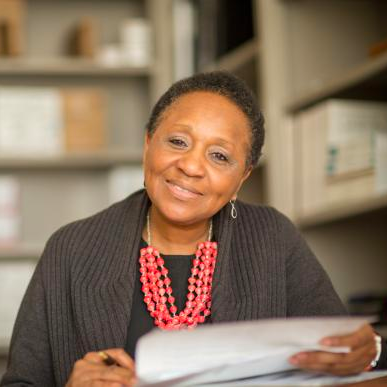 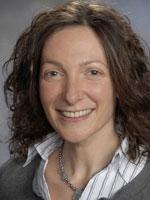 Jennifer Rosen Valverde, Clinical Professor of Law and Professor Nadine Taub Scholar, is the Legal Director of H.E.A.L. Collaborative, a joint project of the law school's Education and Health Law Clinic and Rutgers-NJ Medical Schools' Pediatric Primary Care Clinic. Professor Valverde educates graduate students in law, social work, medicine, and public health to address the non-medical causes of poor health using an interprofessional, preventive law approach. She is an expert special education law; the intersection of poverty, health and law; and interdisciplinary education. She also has a Master Degree in Social Work and holds a dual appointment as Professor in the Rutgers School of Public Health.

Of all my law school experiences, I am most proud of the work I did in the clinic. Not only did I benefit educationally from real-world practice working with clients, opposing counsel and before judges, but I was personally rewarded by the change we made in our community. The clinic is where I honed my skills as an aspiring attorney and put to work the education I received. Through it all, I was carefully guided by leaders in the field who have become my dearest mentors.

Whether advocating on behalf of clients for special education legal assistance or joining forces with pediatric residents, emergency medicine residents, and attending physicians on policy to protect children, EHLC helps make an impact for our clients and in our community. Take a look at some cases representative of our work.

The Case of Ms. A and Her Son Y

Ms. A, who speaks, reads and writes in Spanish only, received special education legal assistance from H.E.A.L. for her son, Y, who has epilepsy and a learning disability. After obtaining proper educational programming and services for Y, the family's case with H.E.A.L. was closed. Eighteen months later, Ms. A returned to H.E.A.L., this time for help appealing the denial of Y's Supplemental Security Income (SSI) benefits. Y had been receiving $750/month in SSI benefits but they were terminated one year earlier for an unknown reason. Ms. A filed a new SSI application, which was denied. She then filed for reconsideration but it, too, was denied.  The denial letter was written in English; as a result, Ms. A did not know she had to request a hearing to appeal the decision within 60 days.

H.E.A.L. law and social work students reviewed Ms. A's correspondence from Social Security at an intake interview and immediately researched SSI rules regarding the filing of an appeal past the deadline. Upon learning that one must demonstrate good cause for the delay, the students prepared an argument that the notice in English constituted good cause based upon Social Security Administration's criteria for the provision of notices in Spanish. The students accompanied Ms. A to the local Social Security office the following day and presented their argument to two different SSA workers and a supervisor. After several hours of waiting, Social Security informed Ms. A that she could file the appeal and request a formal hearing. Although the hearing will not take place for another year, if Ms. A is ultimately successful, the family will be awarded back pay dating to when the initial application was filed as well as SSI going forward. Had SSA refused to permit Ms. A to file the appeal, she would have had to start the entire application process over again with no potential for compensation covering the application and appeals processes.

After filing the appeal, Ms. A shared with students her concern about her finances without the SSI monthly payments. The social work intern screened Ms. A for various public benefits programs to determine those for which she and her family are eligible. She helped Ms. A to complete applications for food stamps and electric and gas assistance, and provided Ms. A with referrals for and linked her with local area food pantries. Soon thereafter, Ms. A and her family were found eligible for both benefits programs. The additional funds she received helped her to make up some of the loss of the SSI money while awaiting the appeal.

Over the summer, an audiologist referred Mr. Z to H.E.A.L. for assistance in addressing the special education needs of his son, M, age 4. M has a severe hearing impairment and has cochlear implants. He also has mild developmental delays and some behavioral issues. When the family came to meet with us, M had not yet started school, despite Mr. Z having registered him with the Board of Education over one year earlier. The school district had conducted evaluations on M but then told Mr. Z that it did not have an appropriate placement available. Instead, the district put M on home instruction with a teacher who is not certified in teaching students who are deaf or hearing impaired.

Mr. Z brought all of M's school and medical records to his initial intake interview with H.E.A.L. Assigned to Mr. Z was a H.E.A.L. team comprised of one law student, one social work student, and one pediatric medical resident. While the social work student performed a needs screening to determine if the family had any unmet legal or social concerns aside from the presenting special education issue (ultimately, there were none), the law and medical students reviewed the records provided by Mr. Z.  Upon discovering that M had not been in school for a year, the law student immediately drafted a letter detailing the school district’s ongoing failure to appropriately educate M and demanding that M be placed in a proper educational setting. The medical resident meanwhile contacted M's audiologist with a HIPAA release to get the audiologist's recommendations for a proper school program for M. Together, the law and medical students then researched local area public and private schools and identified two that provide the programming, services and supports that M requires.

The medical student combed through M's extensive medical records and translated them into plain English for her interdisciplinary partners. She and the social work student also researched studies on the education of students with cochlear implants to help support the request for particular supports and services in school. The law student researched relevant case law to ensure she had the legal support needed to file a due process petition. The law student then used the information from her partners and her research to map out a legal argument in support of a request for a private school placement. The law student drafted and filed a due process petition in the NJ Office of Administrative Law, and advocated on behalf of Mr. Z in negotiations with the attorney for the school district, first at mediation and then at a settlement conference before an ALJ. Ultimately, the H.E.A.L. team succeeded in getting the District to agree to provide and pay for M to attend the private school without resort to litigation. M transferred to the new school mid-year and has made significant progress since that time.

After hearing about local area children who had fallen out of windows and suffered severe physical harm or death, H.E.A.L staff and students joined forces with pediatric residents, emergency medicine residents, and attending physicians to brainstorm ways to address the problem. The brainstorming session led to the formation of a window guard advocacy team and the development of a comprehensive plan that includes data collection, legal research, community education, harnessing of resources and support, and policy advocacy at the municipal and, ultimately, and state level.

To become more informed about the issue, law students first researched current local and state policy regarding window guards and learned that the onus is on tenants to request their installation as opposed to on landlords to install them automatically. Pediatric residents began informally asking patient families during their well visits if they had window guards in their homes and if they knew that they had to affirmatively request them from landlords in order to have them installed; nearly all answered no to both questions. As a result, the advocacy team worked together to create an educational pamphlet on the risks of window falls, the importance of installing window guards, and the associated rights and responsibilities of tenants and landlords. In addition, they created a letter template for tenants to use to request window guards from their landlords. The documents were submitted for approval at Rutgers-NJMS and University Hospital so that they can be distributed to families in the various medical departments and clinics.

Pediatric and ED residents and attending physicians raised the issue at a statewide American Academy of Pediatrics meeting to gain AAP support. They also applied for IRB approval to review hospital data on window falls over a ten-year period. The residents then developed a powerpoint presentation that shares the stories of recent patients who had fallen and proposals to address the issue. They presented the powerpoint to the Greater Newark Healthcare Coalition’s (GNHCC) legal and advocacy subcommittee and, moved by their presentation, the Executive Director of GNHCC arranged for them to present to the Board of Trustees, which is comprised of senior-level administrators from local area hospitals and health centers, insurance companies, the local and state health departments, among others. The presentation generated substantial interest in the Board to act, and the Board offered its full support to the legal and advocacy subcommittee to move the issue forward with the window guard advocacy team.

Once IRB approval was obtained, medical residents reviewed the window fall data and resultant injuries. Law students continued their research of state and local policy on window guards, model policies in other cities and states, building code provisions, methods for policy enforcement, etc. The law students drafted proposed language for an amended Newark window guard ordinance that shifts the burden from tenants to landlords, mandating that landlords install window guards where children ages 10 and under reside or spend substantial time. The amended language was approved by GNHCC's legal and advocacy subcommittee and then presented to the local health department to garner support. Additional meetings have followed to respond to questions and concerns raised by the City's Health Department Director, and the amended ordinance now has been sent to the City's law department for review.

Although the window guard advocacy team has not yet achieved its goal of an amended ordinance that better protects children, we continue to work to attain it. This project is a prime example of how collaborative, interprofessional and community advocacy can unify the voices of concerned and affected individuals and groups to advance a common goal and effect positive change.