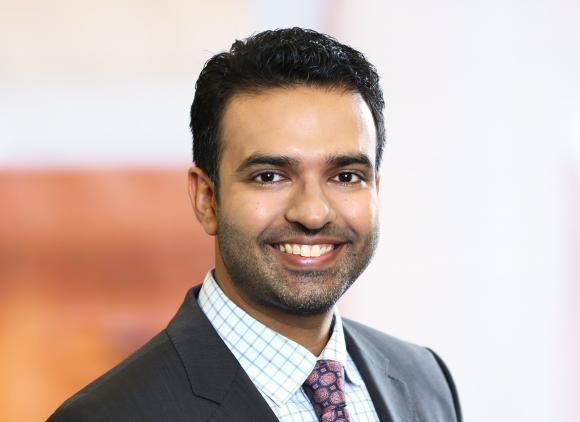 Gurneet Singh RLAW '19 will go to work as a lawyer specializing in intellectual property law after graduation.

Gurneet Singh RLAW ’19 was already working as a patent agent at a law firm, and decided to go to law school after he realized he didn’t always have all the answers for clients asking questions about intellectual property licensing, enforcement, and possible litigation.

Singh became the chair of the mentoring program of Rutgers Intellectual Property Law Society and expanded the number of attorney mentors from 7 to about 25. He served as Co-President of the organization, and coordinated various events, including panel discussions featuring practitioners from top companies and law firms in the country.

As part of the Intellectual Property Law Clinic, Singh conducted searches, prepared opinion letters, submitted trademark applications, and successfully responded to USPTO Action Letters for clients under the supervision of the clinical faculty. He credited Professor John Kettle with teaching him about copyrights and trademarks, contract drafting and negotiations, and transforming academic concepts into practice.

“I had an amazing journey over the past four years,” he said, adding that after graduating on May 24, he will work as an Intellectual Property attorney with Fish & Richardson in the firm’s Silicon Valley office.

Singh also participated in the Entrepreneurship Clinic at Rutgers, where he prepared non-disclosure agreements, independent contractor agreements, terms of use and privacy policies for websites, and other transactional documents.

While a student, Singh wrote articles that were published in the Chicago-Kent Journal of Intellectual Property and in the IP Lawyer Column in Intellectual Asset Management Magazine. He said adjunct professors Jonathan Bick and Theodore Weitz, both practicing attorneys, encouraged his writing and “gave numerous invaluable practical tips” on a variety of business matters.

Singh grew up and was educated in India, where he was a nationally-ranked tennis player who played for India in international tournaments, and led his college and state tennis teams to several national victories.

Singh said he chose to attend Rutgers Law because he was drawn to its vast resources – including the number of courses and professors, the broad network of alumni, and various departments that intersect with an IP practice, “I’ve been fortunate to find, at Rutgers Law, incredible mentors and friends, whose guidance and friendships have been instrumental in my life."