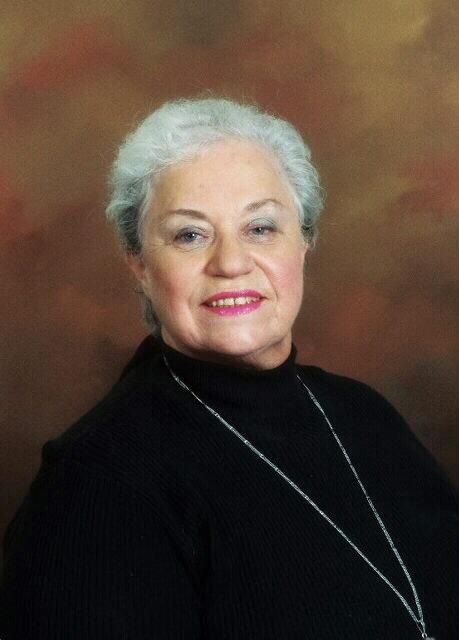 By Jonathan Askin and Jon Dubin, Board of Governors Distinguished Service Professor of Law

Rutgers Law School alumna, groundbreaking attorney, and tireless advocate Marilyn Askin (RLAW ’70) passed away on December 29, 2022. Throughout the course of her distinguished career, Marilyn’s reputation earned her recognition by her peers as the founder of the field of Elder Law in New Jersey.

Just last year, she helped create an endowed scholarship for student caregivers attending Rutgers Law School in Newark. The scholarship helps lower the barrier to entry for the next generation of caregiving attorneys. Emergency assistance, based on financial need, is also available to help offset the cost of their legal education.

Born to immigrant Jews from Eastern Europe, Marilyn was raised to appreciate the value of education. She studied at the City College of New York, Berkeley, and Columbia’s Russian Institute. Marilyn started as a journalist, floating between New Jersey, Paris, and Moscow. She then taught at Newark’s Weequahic High School to put her husband (the late Rutgers Law Professor Emeritus Frank Askin, RLAW ‘66) through law school. Once he graduated, it was Marilyn’s turn to go to law school, with three young children in tow, at a time when such a path was largely untrodden by women, let alone women with children. She struggled to find childcare while attending classes and completing her assignments, at one point hiring then-Professor Ruth Bader Ginsburg’s housekeeper to babysit.

Upon graduation in 1970, Marilyn worked with the American Jewish Congress, the New Jersey (NJ) Public Defender, and as staff counsel to the Public Documents Commission, but then found her life’s mission – championing the rights of the elderly.

When she became a Legal Services Attorney for Essex Newark Legal Service in 1977, her staff counsel job was a new position designed to provide free legal services for persons over age 60 through a temporary grant from the federal Older Americans Act. Her unit eventually grew to handle the legal problems of more than 1,000 clients a year. To meet a huge and growing demand for elder legal services, Marilyn trained retired attorneys so that fewer clients were turned away, trained community residents as paralegals for clients needing access to public benefits at the application stages and saw the need for the private bar to devote time to these issues.

She later became President of the New Jersey American Association of Retired Persons (AARP) and served as Chief Legislative Counsel for AARP in NJ until her retirement in 2015.

Marilyn also literally wrote the book on Elder Law in NJ, publishing several books that advanced the field including: "The ABCs of Elder Law" in 1990, "Elder Law Made Easy!" in 1995, and "Long Term Care Planning: The Basics and Beyond" in 1996. She was also a special editor for New Jersey Lawyer's "Elder Law" periodical and worked on the editorial board of the “New Jersey Lawyer Magazine.”

She received recognition by New Jersey Governor James Florio (RLAW ’67) who proclaimed May 12 as Law Day for Senior Citizens in 1993 and specifically recognized Marilyn’s contributions in the development of elder law as a specialty in the state of New Jersey.

Marilyn has been the recipient of numerous honors for her expertise and leadership. In 2000, she was among the first recipients of the Professional Lawyer of the Millennium Year Award, which the New Jersey State Bar instituted in the year 2000. She was bestowed with the Distinguished Service Award by the New Jersey Institute for Continuing Legal Education in 2002.  The New Jersey's Trial Lawyers Bar presented her with its Presidential Award for Advocate of the Year in 2009. She also received the "Salute to the Policy Makers Award" by the Executive Women of New Jersey in 2004, the National Academy of Elder Law Attys Award in 2008, and was the first recipient of the Essex County Bar Association's Community Service Award in 1982.  In 1993, she was recognized by the New Jersey Division on Aging and the New Jersey State Bar Association as "the Outstanding Provider of Legal Assistance to Older People in recognition of her contributions to the development of Elder Law in the state of New Jersey."

In 2008, the Elder and Disability Law Section of the NJ State Bar Association created the annual Marilyn Askin Lifetime Achievement Award. She was its first recipient in recognition of her role in the development of Elder Law as a recognized, self-contained area of law. 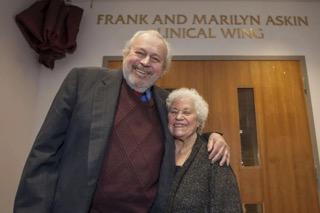 Frank and Marilyn Askin in 2016

The clinical wing of Rutgers Law School in Newark was rededicated as the “Frank and Marilyn Askin Wing” in 2016. The Askins were longtime supporters of the clinical education program at Rutgers Law and started the Marilyn and Frank Askin Clinical Education Fund in 2010, which supports the clinic through conferences, publications, and support of the fellows. The fund now totals more than $1.3 million. Marilyn also taught Elder Law for many years as an adjunct faculty member at Rutgers Law. In 2021, she received the Rutgers Law Eric Neisser Award for accomplishments in public service and public interest law by an alumnus or alumna.

She never stopped her quest for knowledge late into her 80s, running trivia and current events in her retirement community and taking up improv.

Marilyn was a devoted mother to her three children: Andrea (deceased), Jonathan, and Daniel. She was also a beloved grandmother to Jacob and Sam.