The IHR Clinic is engaged in cutting-edge litigation and policy work. Students who are enrolled in the Clinic challenge and change unjust laws by representing individuals whose rights have been violated, and through the legislative process. Students learn two areas of substantive law: constitutional law and international human rights law, and use both in their advocacy. IHR Clinic students are engaged in all levels of advocacy: from interviewing clients, drafting court pleadings, engaging in the discovery process, writing briefs, oral advocacy, and trial work.

The IHR Clinic's cases are complex, both legally and factually. IHR Clinic's students usually work in unchartered territory, where little or no law exists to bolster our arguments. As such, a big part of the IHR Clinic's pedagogy involves teaching students to construct solid legal arguments from scratch through creative lawyering, or by arguing that bad precedent is legally unsound.  The IHR Clinic's cases usually last for years, but often require that emergency action be taken during the pendency of a particular litigation. Therefore, students are taught to work quickly, thoroughly, efficiently, and (above all) creatively and collaboratively. Students find the work challenging and exhilarating and often re-enroll in the IHR Clinic for multiple semesters, and volunteer to work in the IHR Clinic during the summer.

The Clinic's victories have created new law through the courts and legislatures, including: eliminating "residents only" park ordinances in multiple states that were being used to keep people of color and immigrants out of racially homogeneous towns; drafting and helping enact legislation in over 45 states requiring voting computers to produce voter-verified paper ballots used to check whether the voting systems have been hacked; using international law and constitutional law to secure the release from federal detention of immigrant rights activists who were detained for protesting unjust immigration policies; filing suit in the European Court of Human Rights to secure maternity/paternity leave in Europe.

When U.S. law has not been adequate to challenge unjust laws and practices the IHR Clinic has turned to international law and international tribunals. After unsuccessfully challenging felony disenfranchisement in New Jersey, the Clinic filed a petition with the Inter-American Commission for Human Rights arguing that the New Jersey Constitution and statutes violated international law.

The International Human Rights Clinic has filed amicus briefs in U.S. Supreme Court cases that have incorporated international human rights law to interpret civil rights law, and that has determined when litigants in the United States can invoke international law to seek damages from their torturers and abusers.   One of the Clinic's most significant victories, secured twenty years ago, involved the abuse of detained political asylum seekers who were held in warehouses, run by private contractors working with the federal government, and who were physically and mentally abused by the guards. Because the immigrants were stopped at the border and immediately detained, they were only protected marginally by U.S. law. To secure their safety, the IHR Clinic used international law to argue that the detention conditions violated their human rights. It was the first time (since the Eighteenth Century) that international law was applied to abuses committed in the United States, and to private individuals who had contracted with the U.S. government. The IHR Clinic's precedent is being used today to challenge the Trump Administration's maltreatment of immigrants and asylum seekers.

IHR Clinic students also engage with the Newark community and with grassroots organizations in New Jersey on a diverse set of issues that include voting rights and ending sexual abuse. 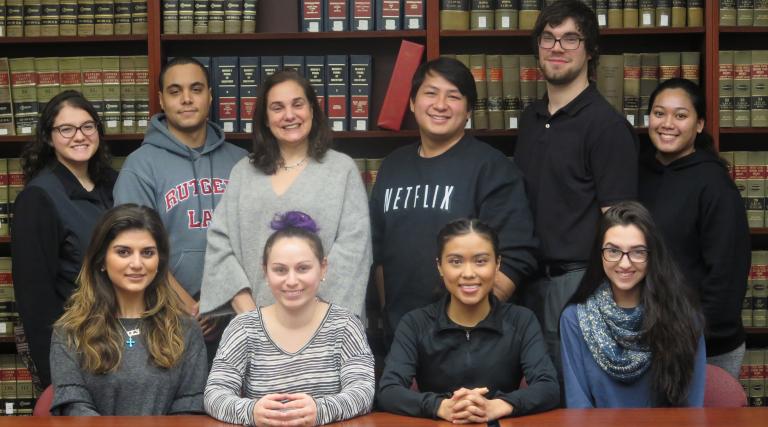 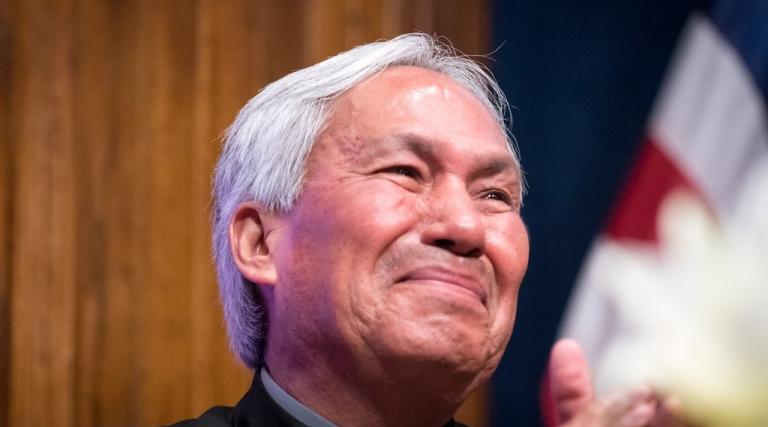